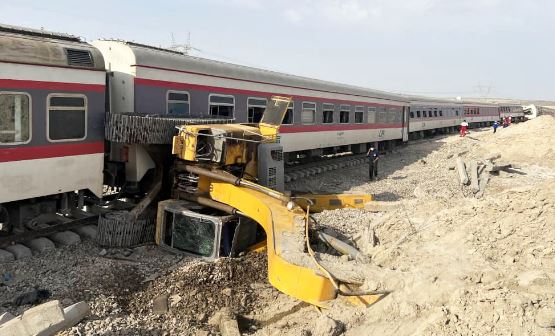 DUBAI: Thirteen people died when a passenger train derailed in eastern Iran on Wednesday, the semi-official said, while 60 passengers were seriously injured.

The train travelling to the city of Yazd collided with an excavator before going off the rails 50 km (30 miles) from the city of Tabas, where it began its journey, a railway official told state news agency IRNA.

“Five ambulances are at the accident scene and another 12 are on their way,” the crisis management chief of the province of South Khorasan told the agency.

Meanwhile, the Federal Minister for Railways Khawaja Saad Rafique has expressed deep sorrow over the loss of precious lives in Iran train accident.

The Federal Minister prayed for speedy recovery of the injured. In the hour of grief, we stand with our Iranian brothers and sisters and pray to Allah that the deceased may be given a place in heaven.