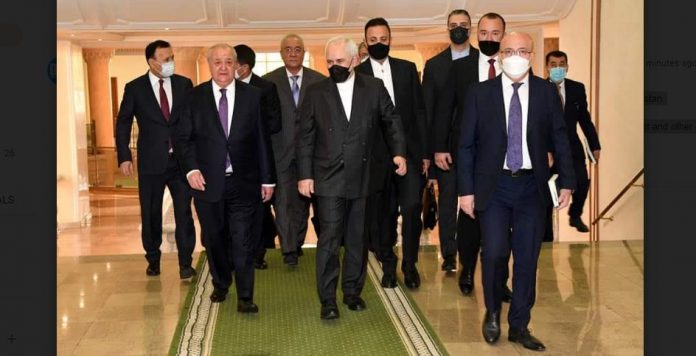 The parties discussed the state and prospects of bilateral relations in the political, trade and economic, transport and communication, investment, cultural, humanitarian and other fields.

The ministers noted with satisfaction the fruitful results of the recently held VI round of political consultations between the foreign ministries of the two countries and stressed the need to continue a constructive dialogue at all levels.

At the talks, special attention was paid to the interaction of the two countries within the framework of international and regional organizations.

The issues of implementation of interregional transport and logistics projects aimed at increasing the volume of mutual trade and enhancing trade and economic ties were discussed.

An exchange of views on Afghan problems also took place. The Iranian side highly appreciated the practical work carried out by Uzbekistan to fully support direct inter-Afghan negotiations and the socio-economic reconstruction of Afghanistan.

During the meeting, the Iranian side confirmed its interest in participating in the High-Level International Conference “Central and South Asia: Regional Interconnectedness. Challenges and Opportunities”, which will be held this year in Tashkent.

Expressing hope for expanding cooperation between the two countries, Zarif noted that Iran could provide a transit route for Uzbekistan to access global markets and also open waters.

Developing relations with Central Asia, a region of civilizational, historical and cultural commonalities, has always been one of Iran’s top priorities.

During the meeting, FM Zarif reviewed bilateral relations, especially economic issues, trade exchanges and cooperation in the fields of transportation, transit, and energy, political issues, cultural and tourism cooperation, as well as ways to expand cooperation.

Uzbek Foreign Minister also stressed the regional position and international influence of the Islamic Republic of Iran, underscoring the cooperation between the two countries in various fields, including cooperation in international forums, as well as parliamentary cooperation.