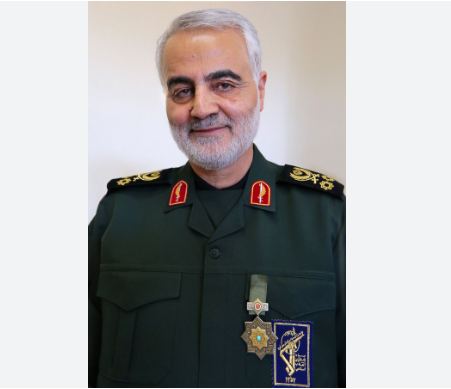 ISLAMABAD: On the third anniversary of the assassination of Lieutenant General Soleimani, the commander of the Quds Force of the Islamic Revolutionary Guard Corps, along with his companion Abu Mahdi al-Muhandis and several of their retinues, I.R. Iran Embassy in Islamabad once again strongly condemns this hideous terrorist action tantamount to state terrorism. The act of terrorism against an official and high-ranking military staff of the UN member state was an obvious breach of international law, Geneva Conventions and military customs and regulations. This action, being an act of crime and an act of aggression is considered to be a great threat to the peace and security of the world and the region. By assassinating one of the greatest and veteran commanders to fight against terrorism and extremism, the USA enervated the axis to combat against Takfiri groups and now the region is engaged in the negative consequences emerging from the lack of a proficient and stalwart commander.

The so-called preventive assassination was categorically meant to eliminate a competent and triumphant force, but soon after it proved to be a miscalculation strategic illusion exercised by an awkward quasi-politician, prompted by associate elements and facilitated by hypocrites.

The state terrorism revealed the double standards even in the definition and implementation of the most evident and basic principle of international law and human right.  Examples of this kind of double standard and hypocrisy by the USA are galore in the contemporary history of the international community.

Nowadays, the people of the region are affected by the miscalculations, strategic errors, interventions and opportunism by the exterior countries. No nation like Iran and Pakistan has ever been affected by the plague of terrorism and it continues to exist. Terrorism is the common pain of the two Muslim nations and a lot of pure blood has shed on this path.

Now, three years passes since the unmanly assassination of Gen. Qasem Soleimani, I.R. Iran is still resolute to hold the committers, supporters and assistants of this brutal crime accountable and to prosecute them in a fair and equitable court of justice. This action is regarded as an international criminal act indictable in the international tribunals, International Criminal Court (ICC) being one, the scope of the mechanism of which the USA escaped some two decades ago in order to evade accountability under such crimes and to provide impunity for the committers of the international crime as such. However, the Islamic Republic of Iran will officially use its political, legal and international capacities in order to take action and prosecute and indict the perpetrators of this hideous crime through recognized legal mechanisms. DNA