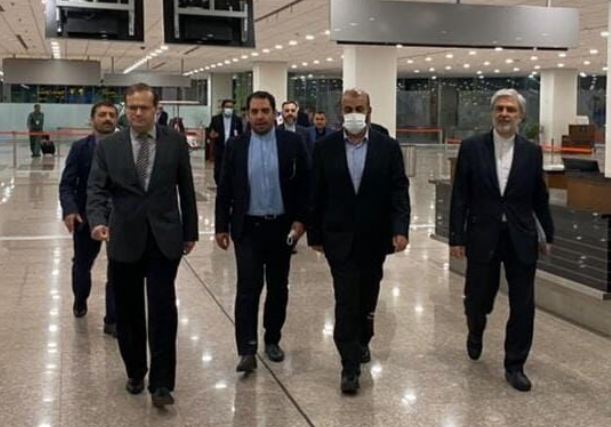 Tehran, DNA – Iran’s Minister of Roads and Urban Development Rostam Qassemi arrived in Pakistan on Wednesday morning to participate in the 21st meeting of the Joint Economic Commission (JEC) in Islamabad.

Ambassador of the Islamic Republic Mohammad Ali Hosseini and officials of the Pakistan Economic Affairs Ministry received the Iranian delegation at Nur Khan Air Base, Islamabad.

The 21st meeting of the Iran-Pakistan Joint Economic Commission is scheduled to be held in Islamabad later today and will continue into Thursday.

Besides leading the Iranian delegation at the JEC meeting, Qassemi will also hold important meetings with Pakistani officials.

The last meeting of the Iran-Pakistan Joint Economic Commission was held in 2016 in Tehran and now Islamabad is hosting the new round.

Important negotiations are expected to be held between high-level delegations of Iran and Pakistan regarding barter trade mechanism, activation of border markets, facilitation of exports and imports, strengthening of transit and transportation links, and expansion of people-to-people contacts.