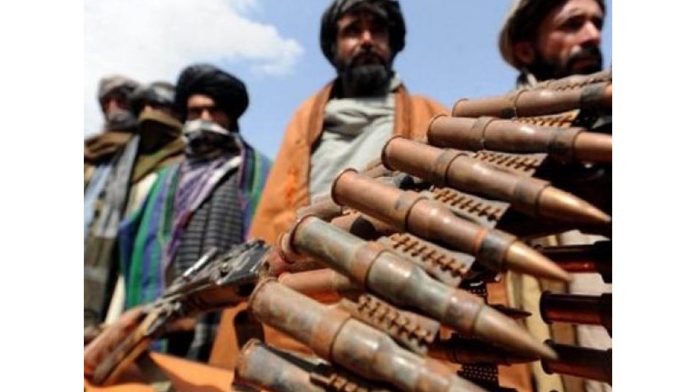 PESHAWAR—The militants associated with the Islamic States (IS) also called Daaesh have repulsed an attack of Afghan government’s Taliban soldiers in Sheringal area of Sheigil district border Kunar province of Afghanistan on Monday.

The encounter between the two sides was continued for couple of hours, causing lives to four and injuries to several others from both sides.

Reports pouring in Peshawar reveals that Taliban government while initiating crackdown against the IS militants in Eastern zone of Kunar, dispatched squads of Taliban soldiers into Sheringal village of Sheigil district. However, the IS militants instead of surrender embarked in resistance. The two sides utilized modern and sophisticated weapons against each others. The encounter continued for couple of hours.

The Afghan sources at Asadabad, headquarter informed that three Taliban and one IS militants killed and several other injured.

It was first ever direct encounter between IS and Taliban militants in the area since empowering of Taliban on August 15th 2021 last.

Sheringal area of Sheigil district in Kunar province is considered very tough for the Afghan and international security forces in last four decades conflict. Al Qaeda founder Osama Bin Laden, after fall of Jalalabad and collapse of Taliban regime in mid of November 2001 last, shifted to this area. According to Afghan sources, Osama Bin Laden remained in this area for around one year. The area is dominated by Kashmir Khan a top Jehadi commander associated with the Hizbi Islami Afghanistan headed by Engineer Gulbadin Hekmatyar.