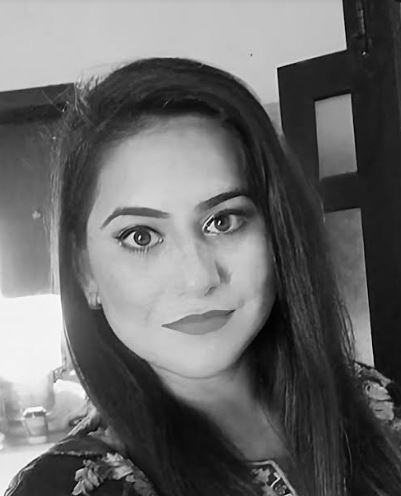 In a case study looking at the 2022 floods in Pakistan, the Pakistan Businesses Forum (PBF) Additional Secretary General of the case studies and research unit, Dr. Urwa Elahi said developing nations were justifiably jubilant at the close of COP27 as negotiators from wealthy countries around the world agreed for the first time to establish a dedicated “loss and damage” fund for vulnerable countries harmed by climate change.

No doubt it was an important and hard fought acknowledgment of the damage and of who bears at least some responsibility for the cost but the fund might not materialise in the way that developing countries hope.

In a recently published Post-Disaster Needs Assessment (PDNA) of the 2022 floods also estimates total damage in excess of US$14.9 billion and total economic losses of around $15.2 billion, a near knock-out blow to economic growth.

Similarly the World Bank Report titled ‘Country Climate and Development’, issued in November 2022, says, “The estimated financial needs for post-floods rehabilitation and reconstruction amount to at least $16.3 billion. And this does not include the much-needed new investments required to support Pakistan’s adaptation to climate change and build resilience to protect the country from future climate shocks.”

As a direct consequence of the floods, the national poverty rate is projected to increase by 3.7-4% points, pushing an additional 8.4-9.1 million people into poverty.

Climate change has placed Pakistan at a crossroad; the country faces the challenge of encompassing the third biggest ice mass in the world and simultaneously, confronting temperatures that are surging sharply as a result of global warming.

PBF Additional Secretary General of the case studies and research unit, Dr. Urwa Elahi further noted that, “Around 30 million people have been affected in Pakistan and the potential damage is consistently on the rise.”

“High temperatures warming the Arabian Sea coupled with the weather warping effects of La Nina brought deadly precipitation in Pakistan, where glacial melt further added to the misery,” she explained.

“It is a sight of misery to see people, livestock and infrastructure drowned under 10 or more feet of water. Havoc has been wrought by collapsing bridges, falling roofs and walls that cave-in because it is not able to withstand the influx and magnitude of the gushing water that carries in it all forms of materials from stones, woods to heavy metals,” expounded Elahi.

“Buildings, roads and infrastructure have been completely swept away with the flood streams leaving behind submerged area akin to flood plains. The number of affectees is soaring and hundreds have lost their lives while thousands are injured and millions displaced with their houses turned to debris,” she lamented.

“Even more worrisome is the fact that the torrential rains and the potential risk of floods remains a threat even now. Extreme floods are followed by extreme droughts as water tends to flow into the sea during floods, rather than seeping into the soil,” explained Elahi.

Urwa Elahi said recent flash floods have jolted the country’s already dwindling economy along with many other crucial sectors including food, agriculture, health and infrastructure. The Human Security Index hit its lowest in the wake of the natural disaster that simultaneously opened multiple fronts for the government, requiring immediate attention.”

“A multi-pronged approach must be devised to tackle the contingent devastations and overcome the exposed fault-lines for the future. The hardest hit is the agricultural sector that faces an unprecedented loss of assortments as 50% of crops were washed away with the floods,” she added.

“According to NASA, around two million acres of cropland and orchards have also been lost. Unfortunately, 45% of the farmland is under water, indicating a future shortage of food in the country on account of losing ready to harvest yields,” Elahi remarked.

“The farmers mourn that the flood has taken them back at least half a century and that devastation of this scale has never been witnessed even by their elders,” she said.

“A grave dearth of empathy is observed from authorities as the affected are treated with contempt and disrespect. Food and necessity items are thrown on the ground from helicopters, rupturing their packaging and adding to wastage,” Elahi lamented.

“Furthermore, on the ground, the lack of discipline during the distribution of aid items causes chaos and stampede that deprives many of this urgently needed support. Scarce health facilities are also a matter of great concern, as this signals an impending medical emergency in the near future,” she explained. =DNA