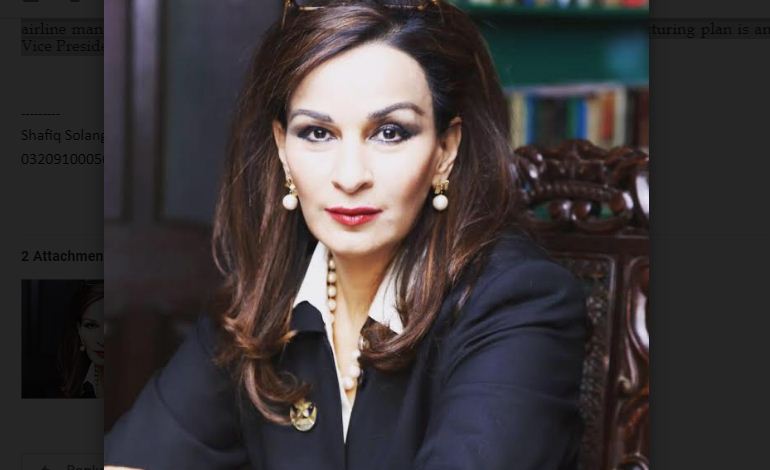 “About 2,000 PIA employees have been forced to take voluntary redundancy and now the plan is to lay off half of its 14,000 employees. Tabahi Sarkar is Awam dushman in unprecedented ways as all they do is sack people in covid times instead of creating jobs. If this is their revival plan for PIA then we shudder to think what they will be doing next,” she added.

Rehman questioned, “Why did the Government recently mislead the people by claiming PIA losses have been brought down? If this was the case then what losses are they talking about now. The carrier posted a net loss of 34.6 billion rupees ($226 million) for 2020, its loan has caused an overall loss of Rs460bn, the iconic Roosevelt Hotel in New York has been sold and our profitable International routes were parcelled to competitors. PIA is still reeling from Tabahi Sarkar’s blows, and now employees are being cited as the problem, when in fact it is the sheer incompetence of this government”.

“Everything can not be blamed on the pandemic. Even without the Covid restrictions, PIA was banned from Europe and the U.S. because of our Minister’s callous statement. Till date we have not seen him take responsibility for the loss that has occurred because of him. This government has single-handedly brought down PIA’s reputation and prestige. Our credibility is so damaged that there is no telling how long it will take to recover. Is this the vision PTI government has for PIA?” she questioned.

Rehman said, “The Parliament has not seen any business plan to reinvigorate PIA. After spending hours in standing committees to get to the bottom of safety issues and the crash, all we got were long public spats between CAA and Minister, who was never made accountable for huge reputational loss to PIA. In this Naya Pakistan, accountability is only reserved for the opposition as the ministers and cronies are above law”.

“We demand an inquiry into Licensegate and also want answers on what happened to the announced reduction in losses. What is the airline management’s game plan? Does it even have one? Because this so-called restructuring plan is anything but that,” concluded Vice President PPPP Senator Sherry Rehman,