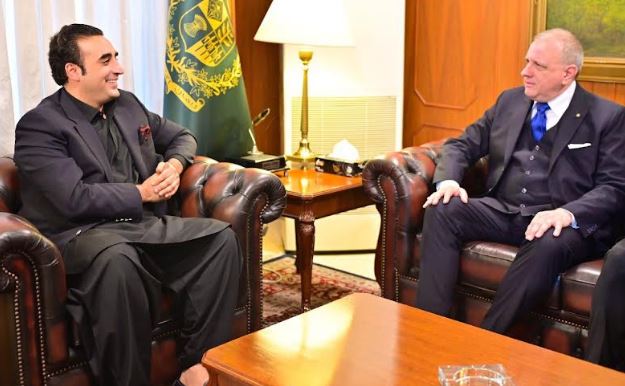 Ambassador of Italy Andreas  Ferrarese calls on him

He expressed these views during his meeting with the Italian ambassador Andreas Ferrarese who called on him on Friday.

The Foreign Minister further said people to people contacts should also be strengthened between the two countries. He praised the role of the Ambassador in promoting the bilateral relations.