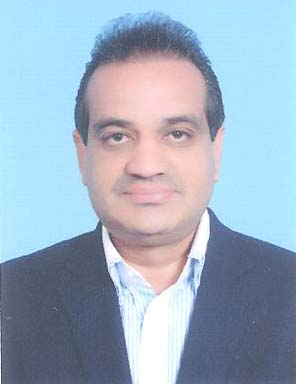 The Portuguese embassy staff in 2005 tried to hush-up the matter and did not report it to the headquarters for several weeks, but when the matter was highlighted in the press then, headquarters was taken on board

The Italian embassy visa scam that was unfolded recently has shaken the entire European system especially the Schengen visa regime. Stealing of over 1,000 visa stickers ostensibly is not an ordinary affair. The incident has put the entire EU system in the dock. Since Schengen visa allows people to gatecrash into any member country without any check, therefore the member states are rightly worried about the possible misuse. Norway and Switzerland are not EU members but they are very much part of Schengen visa regime therefore they also have every reason to worry about this because a sizeable majority of Pakistanis is living in these countries, especially Norway that houses the largest migrant population from Pakistan.

When you have somebody in the member countries to take care of you then it becomes quite easy to disappear in those countries. The Italian authorities, according to available information, have already started investigating the matter. As per reports, the theft did not take place in few months. It was a continuous process going on since long. The matter came to fore when some months ago the embassy had a new ambassador and the deputy. Sources believe the new embassy bosses decided to unfold the matter instead to sliding it under the carpet. Further investigations are going on and a breakthrough is expected soon as the preliminary reports have identified the responsible persons including few Pakistani influential people.

There have been many other cases of theft of Schengen visas from various European embassies. In 1998 as many as 28 Schengen visas were stolen from the Portugal embassy in Islamabad. The thieves had also killed the security guard deputed on the duty. The Portuguese embassy was located at Margalla Road, at that time. It was the pre-9/11 era therefore embassies were not maintaining huge security outside and even inside the embassies, as we can see nowadays.

During those days even there was no diplomatic enclave. It used to be an open area where public transport was running everywhere. The fencing started long after the 9/11 incident took place. But, interestingly the second theft also took place in the Portugal embassy when in 2005 over 35 entry visas were stolen. This time it happened during the heightened security both within and without the mission.

Portugal’s foreign minister at that time had said it had opened an urgent inquiry into the reported theft of 35 entry visas for passports from its embassy in Islamabad. The ministry had also informed its remaining partners in the European Union as well as Pakistani authorities of the theft, as it was done in the case of Italian visa theft.

The Portuguese embassy staff in 2005 tried to hush-up the matter and did not report it to the headquarters for several weeks, but when the matter was highlighted in the press then, headquarters was taken on board. It appears as if the same thing happened in the Italian issue.

In the recent past, the Bosnian press wrote mind-boggling stories about a huge visa scam in Bosnian embassy in Islamabad. According to the Bosnian press as many as 3,000 visas were issued to mostly ‘fake’ applicants – a charge the Bosnian embassy officials have denied vehemently. This was the second major visa scam of Bosnian embassy. The first incident happened about 10 years ago when the then ambassador was called back for allegedly issuing visas to fake applicants. Upon this happening, when I asked the then ambassador as to how it happened, he replied that he was trapped. A so-called pseudo journalist first approached him for interviews. He even offered him money to organize his national day receptions. He put him on the title page of the publication more than once. Then after a few days he came to his office with a list of so-called business delegation of a dozen people asking for visas for them. The ambassador said he issued visas and that delegation never came back. According to him the members of the delegation might have slipped to nearby European countries.

I had penned down a series of articles in the past unmasking various mafias in Islamabad who first get close to the diplomats, invest in them and then use them for their nasty businesses. I will soon reproduce those articles for those who have just arrived in Islamabad. It will indeed help them keep a vigil against all such imposters; most of them are still around. I had written that here in Pakistan a new mafia seems to have made inroads into our polity that may aptly be called “The Islo mafia”. This unscrupulous business mafia, mostly comprising businessmen, business women, so-called media practitioners, real estate agents etc, is out to trap unwary diplomats. And then use their privileged positions for various purposes – acquiring visas being at the top of the list. This mafia adopts various innovative ways to trap their unsuspecting targets.