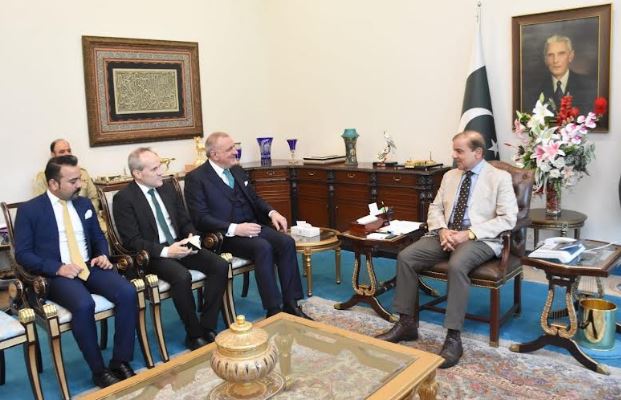 ISLAMABAD, AUG 10 /DNA/ – Prime Minister Muhammad Shehbaz Sharif received the Ambassador of Italy in Pakistan, Andreas Ferrarese, today. The Prime Minister termed Italy a close friend of Pakistan and a reliable partner, both bilaterally and in the EU context. He observed that Pakistan-Italy relations were marked by growing bilateral cooperation as well as commonality of views on a whole range of regional and global issues. Appreciating Italy’s support in the context of EU’s preferential trading GSP Plus scheme, the Prime Minister stressed the need to further harness the existing potential to enhance trade and investment relations between the two countries.

The Prime Minister stated that Pakistan would be particularly interested in collaborations in the renewable energy sector in which Italy has made remarkable progress.

The Prime Minister also highlighted the immense cooperation that Pakistan continued to extend to the international community in the wake of the situation in Afghanistan, particularly since August last year. The Italian Ambassador thanked the Prime Minister for receiving him and expressed his resolve to further increase and diversify the existing ties between Pakistan and Italy.