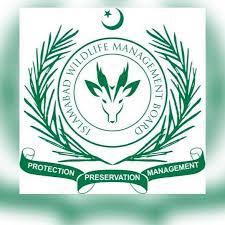 There were two fires reported Wednesday (yesterday) in the National Park at two different locations of Monal and Talhar village where the latter was put out easily after few hours fire fighting operation, told APP Director IWMB Dr Tariq Bangash while sharing updates of the repeated fire incidents in the National Park.

Dr. Bangash said the fire at Monal point was reported at 10am in the morning which was first put out at 1500 hours but it rekindled due to strong winds and harsh terrain which was finally controlled at 1am in the wee hours.

He mentioned the fire control room established at the IWMB office helped to report and line up coordinated efforts of CDA and IWMB and others for promptly responding to fires in an adequate and successful manner.

The IWMB Director informed that a total of 100 fire fighters took part in the effort where as many as 40 personnel of CDA and 35 of the IWMB and remaining of the MCI and ICT administration were engaged in the operation.

A large area near Monal got affected due to fire whereas no life loss was reported but the ecological of flora and fauna was priceless, he added.

He underlined that coordination and cooperation among civic agencies was imperative to respond challenges like forest fires and the efforts during fire operations proved it.

Director Environment CDA Irfan Niazi informed that the Authority had requested for a helicopter to assist in the fire fighting efforts. A fire brigades water tender and ten bowser tanks participated in the effort.

Deputy Commissioner ICT also directed to seal the road for traffic leading to Daman-e-Koh and Monal due to public safety reasons as the fire was feared to spread further due to heavy winds.