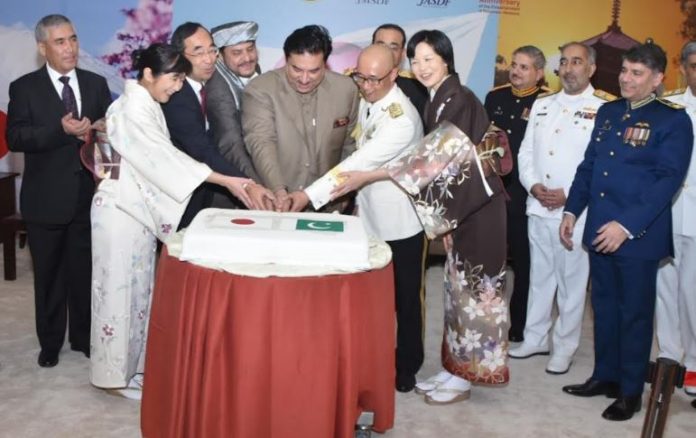 Khurrum Dastagir Khan, Federal Minister for Power was the chief guests on the occasion.The reception was attended by the military officials as well as Ministers, parliamentarians, senior members of the Government of Pakistan, members of the diplomatic community and other dignitaries from the public and private sectors.

JSDF Day was originally celebrated when the Japan Defense Agency(upgraded to the Ministry in 2007) and the JSDF were established on July 1st, 1954, but the date has been changed to November 1st as the JSDF are expected to respond to natural disasters such as frequent typhoons in summer season in Japan.=DNA