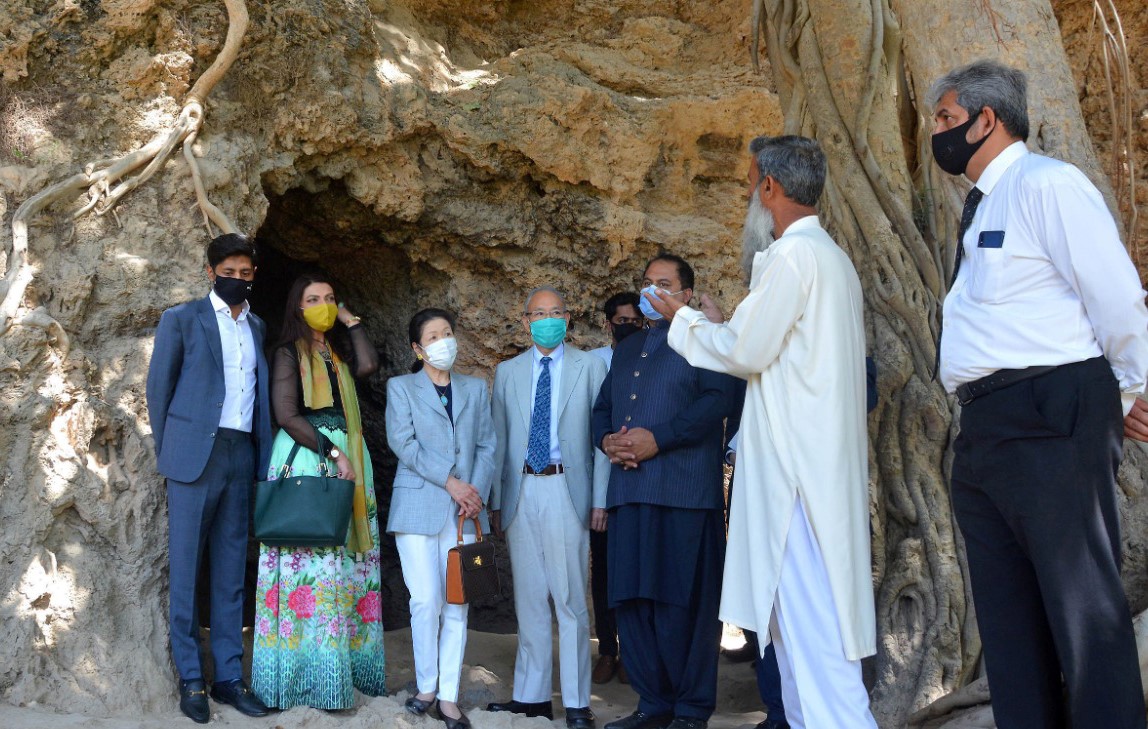 ISLAMABAD: The Ambassador of Japan MATSUDA Kuninori   has said Japan has downgraded security level for Pakistan from Level 2 to Level 1, which means now more Japanese people and businessmen can come to Pakistan.

The ambassador said the Japanese government took this decision in the wake of improved law and order and security situation in Pakistan.

Ambassador MATSUDA Kuninori and Madam MATSUDA visited centuries-old Buddhist caves located at the foothills of the Margalla in Shah Allah Ditta village and felt mesmerized by the beauty and significance of this ancient historical archeological site.

While expressing his heartfelt emotions after seeing the ancient heritage, the Ambassador said, “this is indeed a very important place to visit for me and I feel delighted having this opportunity to see the ancient Buddha caves located in the vicinity of Islamabad”.

The Ambassador said that Pakistan has rich potential in tourism sector and it can easily become the hub of foreign tourists keeping in view its ancient history, Gandhara civilization and natural landscape.

The Ambassador said that Pakistan is now a safer place for foreign tourists and he expects many Japanese tourists to come to Pakistan in the near future. “After visiting this place, I would introduce and recommend this important Buddhist caves site in Shah Allah Ditta among the Japanese people to visit as this is the area from where Buddhist civilization reached Japan and the foundation of Japan-Pakistan friendship was in fact laid down centuries ago”, said the Ambassador.

Moving up the mountain from the caves, the Ambassador also visited the historic “Alexander’s Well” and was amazed by seeing this drinking water facility at the top of the Margalla hills established in ancient times as this place is believed to be used as a route from Kabul to the Gandhara city of Taxila by Alexander the Great.

While replying to a question the ambassador said the road that leads of these caves needs some attention adding he will see how Japan can help improve road infrastructure in this area with the collaboration of the local community.