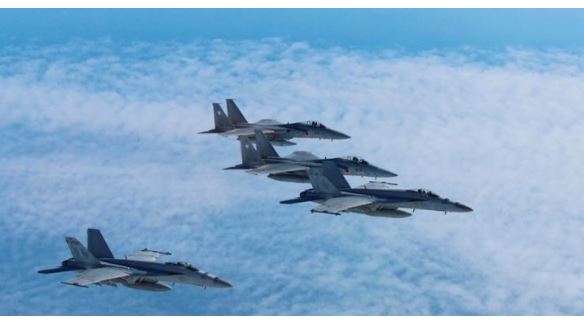 An F-15 fighter jet along with a crew of two went missing after taking a training flight in Japan on Monday, according to local media. The fighter jet took the flight from Komatsu Air Base in the central Ishikawa province and belongs to Japan’s Air Self-Defense Force, Tokyo-based Kyodo News reported.

The F-15 fighter jet disappeared from radar after taking off, the report quoted unnamed sources from Japan’s Defense Ministry.

During the search and rescue operations the Air Self-Defense Force found some “floating objects in the area” from where the jet lost contact.

The local coast guard said it received a call “around the same time reporting a red glow off the coast of Kaga near the base.”

The jet was part a squadron that “functions as enemy aircraft in tactical flight training,” according to Japan’s air force.