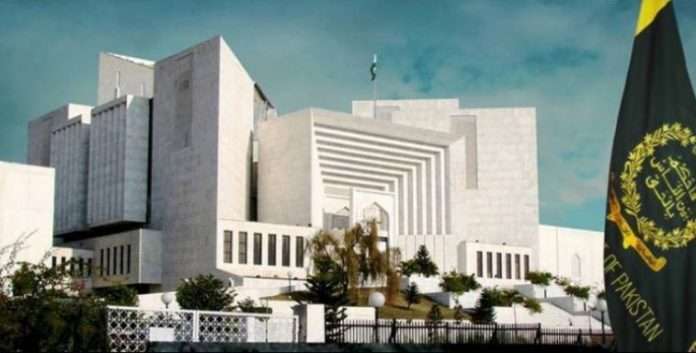 ISLAMABAD, Oct 24 (DNA): The Judicial Commission of Pakistan (JCP) on
Monday approved three names of high court judges for the judgeship of
the Supreme Court.

The commission’s meeting chaired by the Chief Justice of Pakistan Umar
Ata Bandial was held here in Islamabad on Monday.

While the JCP sitting did not make any consensus on the name of Justice
Shafi Siddiqui of the Sindh High Court so his recommendation has been
postponed.

The Commission has sent the recommendations to the Parliamentary
Committee for final approval. The report said that the names of three
judges were recommended in the ratio of five to four.

As per the report, the names of Justice Shahid Waheed and Justice Hasan
Azhar Rizvi were approved by a majority vote and the name of Justice
Athar Minallah was unanimously approved.

The meeting of the Judicial Commission of Pakistan (JCP) was held today
(Monday) to elevate the high court judges to the Supreme Court under the
shadows of the strike call given by the Pakistan Bar Council and Sindh
Bar Council.

Supreme Court of Pakistan Chief Justice Umar Ata Bandial presided over
the meeting. The meeting considered the nomination of four judges for
their elevation to the apex court.

The names of judges who have been recommended for the elevation by Chief
Justice of Pakistan Bandial include Islamabad High Court Chief Justice
Athar Minallah, Lahore High Court Justice Shahid Waheed and Justice Syed
Hasan Azhar Rizvi, and Justice Shafi Siddiqui of the Sindh High Court.

It is worth mentioning that the legal fraternity including Pakistan Bar
Council and Sindh Bar Council, and Supreme Court judge Justice Qazi Faez
Isa have expressed their reservations over the nominations of the high
court judges.

The PCB and SBC have resented the CJP’s decision who has nominated
junior judges of the high courts for their elevation to the apex court.
Both the bars have given a strike call.

The lawyers in Karachi shut the doors of main building of the Sindh High
Court today in protest.

In his letter to the CJP a couple of days ago, Justice Isa also
requested Chief Justice of Pakistan Bandial to withdraw the names of
three junior judges who have been rejected by the Judicial Commission of
Pakistan (JCP) in its last meeting of July 28.