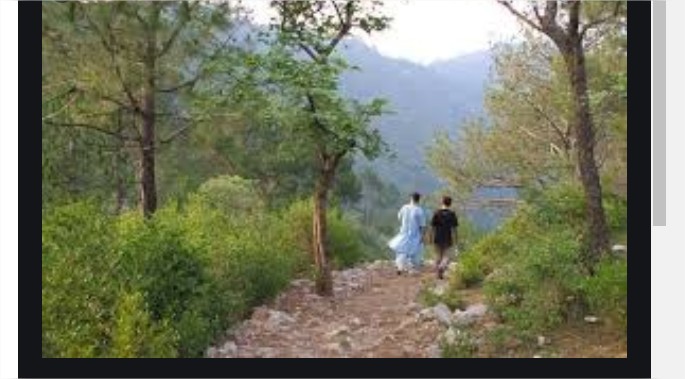 ISLAMABAD, JUNE 19 (DNA) – Environmental experts, activists and civil society representatives speaking to a webinar solicited the Supreme Court of Pakistan to extend its Suo Moto on Monal restaurant to all the interventions being taken in the Margalla Hills National Park (MHNP).

All the environment unfriendly practices are being taken under the nose of Capital Development Authority (CDA) and Islamabad Metropolitan Corporation (MCI) unnoticed while the Islamabad Wildlife Management Board (IWMB) has no authority to stop the undue interventions and encroachments forcefully.

Being attached with the federal ministry of climate change, the experts urged the Advisor to Prime Minister on Climate Change and Federal Minister Malik Amin Aslam to take lead in policy reforms leading to amendments in the legal framework for the Margalla Hills National Park (MHNP).

Vaqar Zakria said the National Park was being run on an ad hoc basis since its notification in 1979 under an Ordinance until a management board was formed a couple of years back. Still we don’t have any firm policy to run the Park, and more unfortunate is the absence of a management plan. The scope of work for the IWMB is intense and elaborate but very limited authority and technical staff and even lesser financial resources. Board members are working voluntary for the sake of their love for nature conservation. The staff is dedicated but less in number and lacks equipment and technical support to do what is actually required.

Devcom-Pakistan Director Munir Ahmed urged the government to take swift action against the encroachments in violation of the Park’s sanctity and legal framework. Housing and construction mafia is very active all around while the responsible government departs are playing blind. They would wake up after the disastrous interventions. He urged an inventory of undue interventions should be prepared for the Supreme Court and higher authorities to take notice of environmental degradation in the Park.

He pointed out that the CDA. MCI and Pak EPA were invited to the webinar but they deliberately skipped to avoid the citizens’ criticism of their inefficient performance.

Jawed Ali Khan mentioned that we have all the required legislation in different forms to protect and conserve the nature and natural resources. The dilemma is mostly the legal frameworks are buried in the shelves of the government departments. The new incumbents are unaware of their scope of work and authority. Some of them are influenced by their higher authorities or vested interests. We need to practice more dedication towards nature for the wellbeing of common citizens.

Asif Shuja Khan said Margalla Hills National Park has been turned into a public recreational park. The Wildlife Act 1979 ironically allowed the construction in the Park while government departments and institutions deliberately took illogical decisions on the behest of superior authorities instead of guiding them in the right direction. More environmentally unfriendly decisions are in the pipeline that would affect the green nature and habitats of MHNP.

Biodiversity Expert Dr Ejaz Ahmed said MHNP also consists of Shakarparian and Garden Avenue, and Rawal Lake and its catmint areas, the extremely neglected parts of the Park. Both are on the verge of collapse by the undue interventions planned during the previous regimes.

Environment Lawyer Ahmad Rafay Alam presented a comparative analysis of the legislation in different provinces, and pointed that MHNP is run on the weakest legal framework where no one could be held responsible for strict action but mild fines only. He urged the authorities to take the revision of the legal framework on the urgent basis.

Mome Saleem said the Monal restaurant report is ready that would be submitted to the Supreme Court in the next hearing to facilitate its decision. She asked for a strong civil society to protect the habitats and green nature of the federal capital.