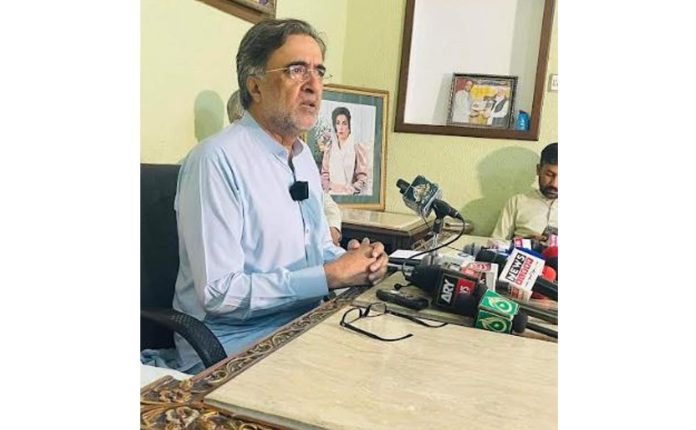 LALAMUSA: Advisor to Prime Minister on Kashmir Affairs and Gilgit-Baltistan Qamar Zaman Kaira called for the Apex Court to constitute a full court bench for hearing the current political and constitutional crisis in the Punjab.

Addressing a press conference at Lala Musa, he said that incumbent government and its allies have their reservation over the current apex court bench which was hearing the current Punjab Chief Minister election case.

Qamar expressed that the decision of full court bench would be acceptable to all political parties of the country. He criticised the role of Pakistan Tehreek e Insaf head Imran Khan who is blaming and threatening the national institutions.

The Advisor blamed that the members of PML-Q have violated the direction of party head adding he said there is no space of such thing in the constitution and rejected the term of Trustee Chief Minister.

To a question, Kaira said the incumbent regime and its allies will accept the court decision.