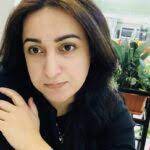 From defining our sense of purpose to building nations, heroes have shaped the course of history. No matter how great a personality, eventually the one true reality of being a mortal dominated the lives of those gallant heroes, but real legends outlived their mortal nature, dwelling in the minds and hearts of their descendants. Defying the laws of mortality, great legends have created moments of glory that live on to chant the memories of their descendants for eternity. “Heroes get remembered, but legends never die.” Immortality is the supremeaspiration that has been achieved by those in history, who have sacrificed their own lives to raise humanity towards the light of hope and virtue. One such epitome of eternal valor is Hz. Imam Hussein (RA), whose sacrifice is a lesson for all those who believe in rising against the evils in their society.

In September of the year 680, Hz. Imam Hussein, set out on an eternal journey with his family and just seventy-two armed men, unaware of the fact that he was fated to becomeperpetually, the prince of Martyrs. Nineteen years had gone by since Hz. Imam Hussein and his brother had buried their father, Hz. Ali (RA), outside Kufa, and waited in patience when Muawiyah established his rule then. Muawiyah was dead and Hz. Hussein was determined to free the followers of Islam from the reins of a treacherous monarchyand bring the caliphate to its right place. Muawiyah may have cautioned his son Yazid about the consequences ofany perilous attack against The Holy Prophet’s grandson, but it seemed to have no impact, for history is often sabotaged by the villainy of the reckless.

By declining to collaborate or to be coerced into silence, and by acknowledging that this would mean his own demise, Hz. Hussein attained “a revolution in consciousness”, that transcended the attributes of its historical time and placeturning into an eternal sensation.Ali Shariati, a revolutionary activist, and a sociology professor, acclaimedHz. Hussein as the most authentic example of martyrdom. “Martyrdom has a unique radiance,” Shariati declared. “It creates light and heat in the world. It creates movement, vision, and hope. By his death the martyr condemns the oppressor and provides commitment for the oppressed.”

Hz. Imam Hussein’s sacrificerevolutionized the ten-daymemorial of the events at Karbala from suffering and grief into an activism of rising up against oppression and tyranny.After he had reached his last destination, Hz. Imam Hussein and his followers passed from that physical state of antiquity to the immortalrealmof valiant legends.The fighters and the survivors related their memories of those ten days leading up toAshura,that are still remembered and recalled centuries later, with every detail that loses its momentary pledge and ascends into anendless beam. While Shimr, the ruthless general and his four thousand men lingered on for heat and thirst to cause despair, engaging in randomconflicts with Hz. Hussein’s warriors:everlastingreminiscenceswere formed. The accounts that are central to Islamic history have been kept alive through centuries by the heartfelt force of memory and commemoration.

It is not possible to determine the degree of shock, anguish and outrage that grabbed the days following the events at Karbala. So keenly felt was the dread, so enormous was the burden, and so painful was the impact in diminishing the souls that are touched through many years, as the events still continue to agonize our communal recollections like a fresh bruise. The Day of Arba’een marks forty days after the Day of Ashura, the day Hz. Imam Hussain ibn Ali was killed in the Battle of Karbala.Muslims all over the world mourn and commemorate the seventh century killing of the Holy Prophet’s grandson, Hz. Imam Hussein, during the Arbaeen. The days and events that followed the battle of Karbala not only divided everyone but also left a lasting historical legacy that belongs to all of us who dwellthis small world.

Ours is a small yet hypothetically more united world with large divisions, and tyrannicalregimes, still carried out at an international level by despotic rulers, demonstrating a power struggle. Many Islamic states including Iraq and other cities, where Hz. Ali once struggled against Muawiya and Hz. Hussein against Yazid, a power struggle through repressive foreign invasions and political manipulation continues. Western powers have manipulated the religious divisions through their powerful influence to serve their own purpose. The disharmony and division within the followersare manipulated at a higher level, fostered by the enemies of Islam by exploiting it to weaken the Islamic platform. It may seem only wishful on their part, for as long as the spirit of Karbala and the glorious martyrdom is alive among true believers, the purity of faith shall remain whole through all ages. Just like with Yazid in the seventh century, the western powers in the twenty first century confirm the notion that history is often sabotaged by the villainy of the reckless.

Echoedthrough the plains of creation it was a day that changed the world andour leading role in a supposedly more globalized multifaceted world has been to not only remember those undying souls but also to keep their spirit alive in our lives. The Karbala story has prevailed and persisted testing faith and politics through time, bearing witness to the fact that what unites the people of Islam is far greater than what divides them, and every Muslim treasures the essence of harmony preached by Hz. Mohammad(PBUH). We mourn the memory of that crucial day, honouring the martyrs of Karbala and expressing ouraffection and respect forHz. Imam Hussein. The accounts of the tragedies of Karbala evoke a deep sensation instilling the audacity to rise up against tyranny and oppression, no matter the odds. It invokes a desire to fight for justice and humanity. The esteemed human rights activist, Nelson Mandela once said, “I have spent more than 20 years in prison, then on one night I decided to surrender by signing all the terms and conditions of government. But suddenly I thought about Imam Hussain and Karbala movement and Imam Hussain gave me strength to stand for right of freedom and liberation and I did.”