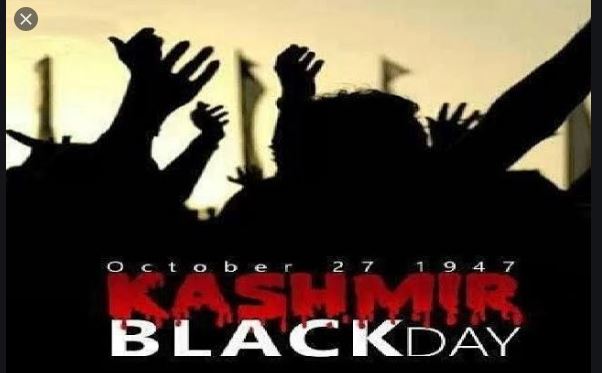 PARIS, OCT 27 – A special event was organized at the Embassy here today to observe the Kashmir Black Day. Members of French civil society and media as well as Pakistani community in Paris attended the event.

Charge d’Affaires, a.i. Mr. M. Amjad Aziz Qazi highlighted the significance of this day noting that 73 years ago Indian security forces landed in Srinagar to illegally occupy the territory and subjugate the people of Jammu and Kashmir in clear violation of international law and humanitarian norms. International media and human rights organizations continue to document the gross human rights violations committed by India in Indian Illegally Occupied Jammu and Kashmir.

Mr. Qazi especially highlighted the illegal actions of Indian government taken on August 5, 2019, under which the special status of Jammu and Kashmir was revoked. He also said that illegal and unilateral Indian actions are in violation of international law and relevant UN Security Council resolutions.

He also stressed that Pakistan will continue to support the Kashmiris in their just struggle and legitimate right to self-determination, in accordance with international law, UN Charter and relevant UN Security Council resolutions.

At the same time, a Photographic Exhibition was also held, in which photographs showing the plight of Kashmiris who are under Indian military siege were put on display. Photographs of a French journalist, Ms. Benedicte Van der Maar were also exhibited. Her photographs were taken last year during a visit to Azad Jammu and Kashmir. The photographs depicted the destruction and injuries suffered by civilians because of Indian shelling and ceasefire violations across the Line of Control.