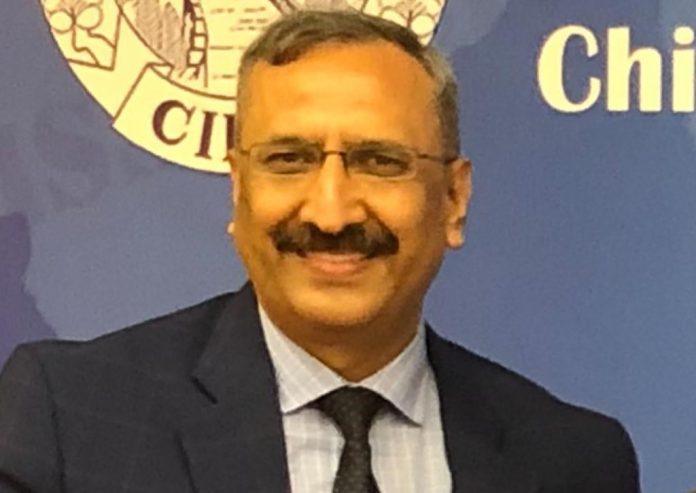 Kashmir Solidarity Day, also known as ‘Youm-e-Yakhjehti-e-Kashmir’ is being observed  since 1990. It was started in Pakistan but now it is a world phenomenon expressing the plight of Kashmir. The 5th February symbolizes a day of solidarity with the people of IIJOK. No country has the right to decide the fate of Kashmiri people’ but with their own will. Pakistan has always stood firm by its demand for unconditional freedom for Kashmir, and that the dispute should be resolved through the legal right to self-determination that the UN has granted to Kashmiri people.

The entire Pakistani nation and the people of Azad Jammu & Kashmir (AJK) are practically demonstrating unanimity today (Friday) with the people of IIOJK. The message to the Indian PM Modi is that the freedom of the Kashmiri people cannot be prevented through brutalizing millions of Kashmiris.

Pakistan has always condemned the illegal and illegitimate Indian occupation and would continue to highlight the plight of the Kashmiris. The observance of the Solidarity day worldwide sends the strongest message against India’s hegemonic design and occupation that the world ‘Stands with the Kashmiris.’ and no power on the earth can cease the legitimate right of the Kashmiris to self-determination. Justifiably, the UN has long ratified it.

India’s main agenda to change demography is being enforced under the draconian laws and under the siege of 900,000 heavily armed Indian troops. The global community must take note of the fact that the innocent Kashmiris have been hostage to India’s crimes against humanity. The biggest challenge that Kashmiris are facing is, illegal transplantation of Hindu population in IIOJK. The worldwide demonstrations and pouring of millions of people on the streets of more than 190 countries clearly indicates an International uprising against India’s brutalities in IIOJK. The international community has rejected India’s illegal annexation of Kashmir through Article 370 and 35A.

The question is why India abrogated the special status of IIOJK, and what exactly, is changing? Based on India’s hybrid warfare doctrine and offensive intelligence operations inside Pakistan and in wider region, it is evidently clear that India has significantly shifted strategic design toward Pakistan. The new approach aims at validating a limited-conventional war scenario under a nuclear threshold. One of the operational aspects is to engage in a short, sharp, but offensive air-and-ground assault inside AJK and on other international borders. The global appeal to Solidarity Day also reflects the need to prevent India from further fragmenting fragile peace in South Asia.

The potential risks of war scenario should be researched and deserve serious attention.  While the Indian rhetoric about the status of GB and AJK continues to undermine ground realities, and appears to be an old playbook comic, India seeks to alter the status quo and impose its long designed strategic hegemony in South Asia. This emerging phenomenon needs to be contextualized in terms of Sino-India and Nepalese-Indian border disputes.

The national and International media must highlight the following aspects on Kashmir Solidarity Day. It is only logical to serve the cause of peace and humanity:

To highlight the risks of a nuclear war if the issue of IIOJK is not resolved according to UN resolutions.

Expose atrocities against Kashmiri people in the hands of Indian forces and show complete solidarity with the Kashmiris in their struggle to self-determination.

Project that human rights violations by Indian Security Forces, and continue to register at international foras.

India exploits fault lines inside Pakistan and within  the Kashmiri political groups, the solidarity day is the best example to nullify such impressions and efforts.

The writer is Director General of Islamabad based think tank Pakistan House and can be reached at ma_javed@hotmail.com