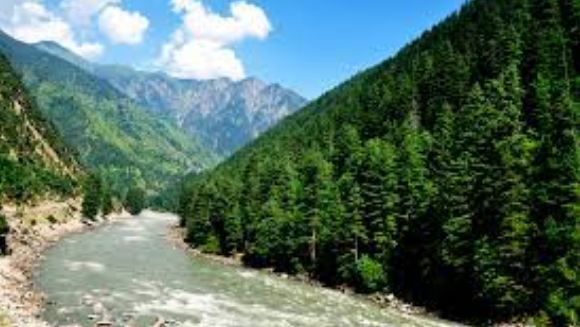 MUZAFFARABAD, OCT 13 (DNA) – A youth belonging to Azad Jammu and Kashmir’s (AJK) Neelam Valley has made it easier for the tourists to access 54 lakes of the valley by finding their routes.

Raees Khan Inqilabi, who is also called Sadpara of the Neelam Valley, has rendered valuable services for the promotion of tourism in his area.   He, along with his team, has discovered lakes in the mountainous region, which are usually inaccessible to tourists.

Not only that, he has also found the tracks leading to these lakes in order to facilitate the tourists. According to the world map, there are 72 lakes in the Neelam Valley, and this man is determined to guide the tourists to this nature’s beauty.

Another feather in the cap of Inqilabi is that he has scaled Hari Parbat mountainous range, which is over 18, 000 feet above sea level, along with his team members.  And although lots of difficulties came in his way; but these failed to dent his resolve or dampen his spirits.

By patronizing youth like Raees Khan Inqilabi, the government can promote tourism in the country. = DNA