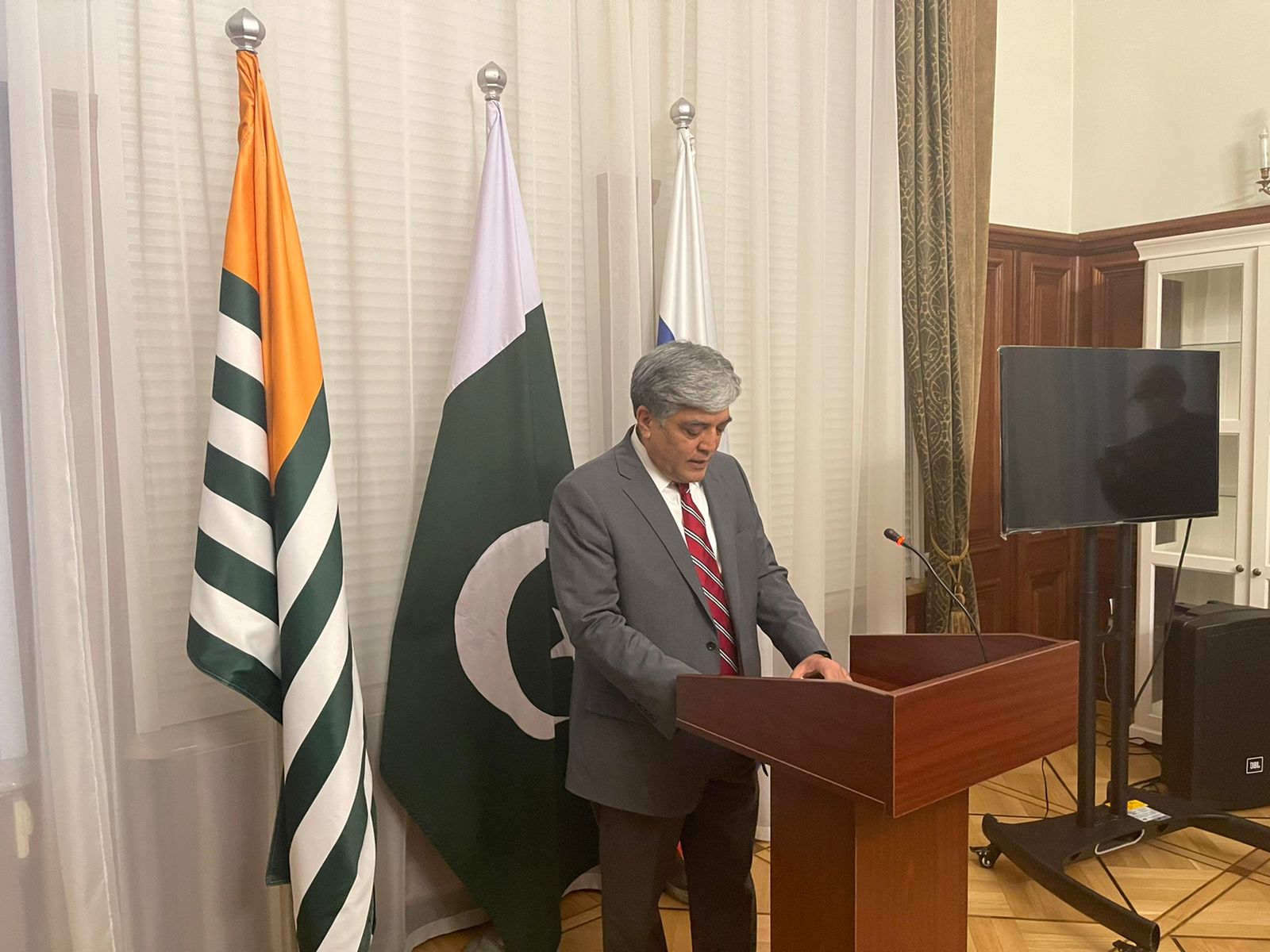 MOSCOW: Ambassador of Pakistan to Russia, HE Mr. Shafqat Ali Khan has said that Kashmiri people are looking at the world community and United Nations to hear their voices against decades long inhuman and barbarian state sponsored terrorism unleashed by the Indian Government to subdue their voice for self-determination.

The Ambassador expressed these views while addressing a gathering on occasion of Kashmir Solidarity Day at the Embassy of Pakistan, Moscow.

The Ambassador while throwing light on the Indian state sponsored terror activates in their illegally held Jammu and Kashmir, expressed resolve that Government and People of Pakistan are and will always extend their diplomatic and moral support to their Kashmiri brethren. He said that Pakistan has always sought peaceful resolution of the Kashmir dispute as per the UN resolutions, however the Indian designs and actions have not only put the regional but world peace at risk.

HE Mr. Shafqat Alil Khan said that despite the brutality unleashed by India after its illegal actions of 5th August 2019, the Kashmiris withstood with resolve and their determination has not witnessed any weakness. He said that these Indian actions are clear manifestation of its war hysteria of which the world community must take note.

A special documentary on Kashmir was displayed for the audience covering the Indian atrocities committed against the Kashmiri population. The documentary also highlighted the Indian designs and its historical background. The occasion begin with Talawat and National Anthem. Messages of the President of Pakistan and Prime Minister on Kashmir Solidarity Day were read by Deputy Head of Mission Mr. Summar Javed and Press Counselor Zafar Yab Khan respectively. Various pamphlets and banners depicting the Indian atrocities in the illegally held Jammu and Kashmir were displayed.

A large number of Pakistani community members participated on the occasion. The event ended with resolve from the participants to continue support to Kashmiri brethren in their struggle against Indian occupation.