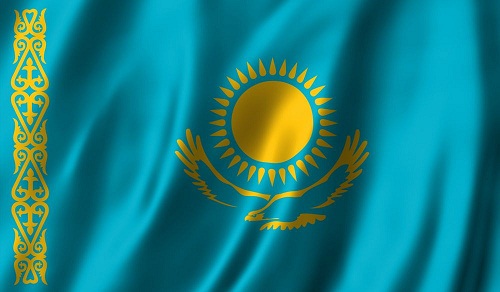 Almaty, Kazakhstan, :Kazakhstan’s president sacked the country’s cabinet Wednesday in a bid to head off unprecedented unrest across the nation that followed an energy price hike.

President Kassym Jomart Tokayev imposed states of emergency in the largest city Almaty, the financial capital, and the western province of Mangystau Wednesday after protests saw thousands take to the streets and demand the government’s resignation.

A separate order published on the presidential website Wednesday morning said Tokayev had accepted the resignation of the cabinet headed by Prime Minister Askar Mamin.

Deputy prime minister Alikhan Smailov will perform the PM’s role on an acting basis until a new cabinet was formed, the order stated.

The southeastern city of Almaty, Kazakhstan’s financial capital, was in chaos from late Tuesday as police fired tear gas and stun grenades to quell unrest that began in the west of the country over a spike in local prices for Liquified Petroleum Gas (LPG).

States of emergency in Almaty and Mangystau are effective from January 5 until January 19, the presidential website reported.

A curfew will be in place in both territories from 23:00 to 7:00 local, with restrictions on movement in and out of the cities falling under the orders.

Tokayev had hours earlier called for a return to calm in a video posted on Facebook by his press secretary Berik Uali.

“The government will not be felled, but we don’t need conflict,” Tokayev said in the address.

An AFP journalist in Almaty saw police firing stun grenades and tear gas into a disorganised crowd of over five thousand people that grew in size as protesters marched through central streets shouting anti-government slogans and sometimes attacking vehicles.

In another move that appeared significant, Tokayev on Wednesday appointed a new deputy head of the national security committee to replace Samat Abish, a nephew of Nazarbayev.

Messenger apps Telegram, Signal and WhatsApp were all unavailable in the Central Asian country Wednesday, while two independent media websites that reported on the protests appeared to be blocked.

Smaller rallies had been staged in cities across the republic of 19 million people from Sunday, beginning with the town of Zhanaozen in Mangystau.