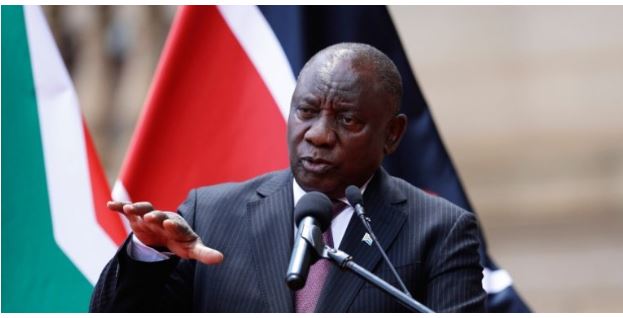 Speaking at a joint news conference along with his South African counterpart Cyril Ramaphosa in the capital Pretoria, Kenyatta said governments need to work collectively because the terrorist groups having different names work collectively.

The visiting Kenyan leader, who is on a 2-day state visit to South Africa, made the comment while responding to a question about Ugandan President Yoweri Museveni’s claim that some of the terrorists who planned terror attacks in his country fled to Kenya, Mozambique, and South Africa.

“The threat by insurgents should not be seen as localized. We as governments, the region and continent need to respond in a coordinated way,” Ramaphosa said.

Both the leaders also discussed the latest political developments affecting the African continent, expressing concern over the unfolding events in Ethiopia and Sudan.

The presidents regretted the misery and suffering of the people of these two countries and the negative impact of the internal conflict and instability in the region.

They called for an immediate end to the armed conflict in Ethiopia and urged all parties to the conflict to urgently commit to an unconditional cease-fire, enhanced humanitarian access, and inclusive political dialogue.

The two leaders also rejected and condemned unconstitutional changes of governments on the continent.

“In this regard, South Africa and Kenya join the African Union, the United Nations, the EU and other international organizations and countries in condemning any actions which would further precipitate instability and derail the Sudanese transitional process,” they said in a joint communique.

They praised the Southern African Development Community’s initiative to support Mozambique in dealing with the terror threats in the north of the country and acknowledged support extended by other African countries to Mozambique.