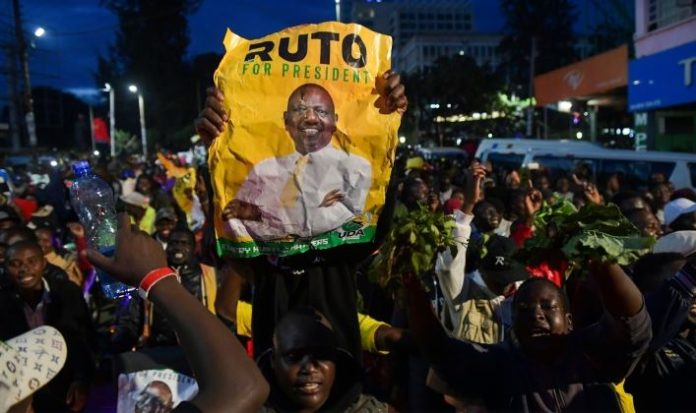 The 77-year-old veteran politician branded the result of the August 9 race a “travesty” but stopped short of explicitly announcing that he would mount a challenge at the Supreme Court.

“What we saw yesterday (Monday) was a travesty and a blatant disregard of the consitution and the laws of Kenya,” he told a press conference in Nairobi, blaming the head of the commission that oversaw the poll.

“I do not want to fully address our strategies going forward but… we will be pursuing all constitutional and legal options available to us.”Odinga narrowly lost his fifth bid for the top job to Deputy President Ruto, who was proclaimed president-elect Monday after a nail-biting wait for results.

His supporters had cried foul over the outcome, which also triggered divisions in the Independent Electoral and Boundaries Commission (IEBC), which issued the results.The poll’s aftermath is being keenly watched as a test of democratic maturity in the East African powerhouse, where past elections have been tarnished by claims of rigging and bloodshed.

Odinga lost by around 230,000 votes despite the support of his old foe, the outgoing President Uhuru Kenyatta, and the weight of the ruling party machinery behind him. No presidential poll outcome has gone uncontested in Kenya since 2002, and Odinga says he was already cheated of victory in the 2007, 2013 and 2017 elections. =DNA