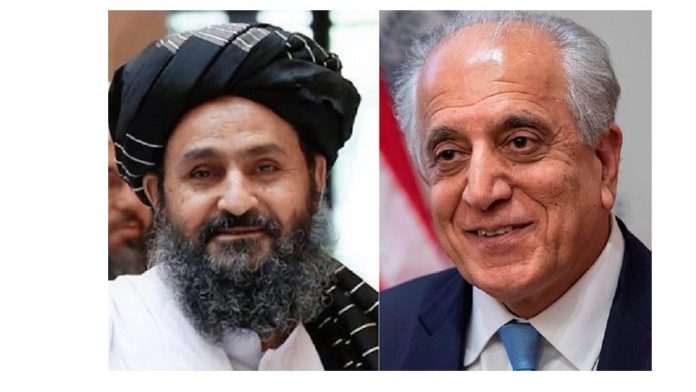 A Taliban official also reported that Taliban leadership, known as Rehbari Shoura, has approved the commencement of the intra-Afghan talks.

QATAR, JUNE 8 /DNA / = The US Special Representative for Afghanistan Reconciliation Zalmay Khalilzad and Commander of US forces in Afghanistan General Scott Miller met with the deputy leader for the Taliban Mullah Ghani Baradar in Doha.

Suhail Shaheen, the political spokesperson for the Taliban tweeted that the two sides discussed the kick start of the long-awaited intra-Afghan dialogue.

“Both sides talked about the speedy release of the prisoners and commencement of intra-Afghan negotiations,” Shaheen said.

A Taliban official also reported that Taliban leadership, known as Rehbari Shoura, has approved the commencement of the intra-Afghan talks. Majority of the council members, who met during the month of Ramadan, opined that if parts of the peace agreement with the United States, particularly the release of Taliban prisoners, were implemented then there was no harm in starting the dialogue, a Taliban official familiar with the process has told.

Another meeting of the Shoura will decide the agenda for the intra-Afghan dialogue which is expected to be held soon,” the official.

Meanwhile, sources close to the Taliban said that based on initial agreements between the engaged sides, the intra-Afghan negotiations will be held in Doha.