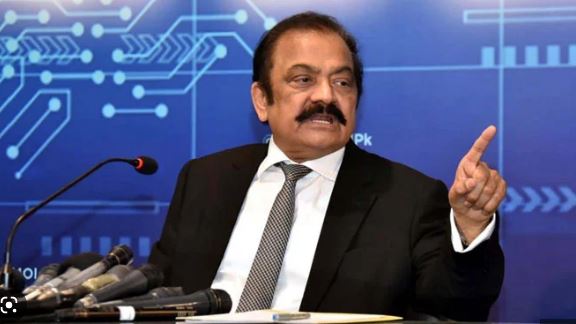 Speaking during a TV PROGRAM”, the federal minister termed Sharif’s murder as “target killing” and said that this was not the case of “mistaken identity”. Sanaullah said that the Ahmad brothers killed Sharif with the Kenyan police and tried to paint another picture. “Both the brothers are not even providing access to their mobile phone’s data,” he said. The interior minister said that Sharif went to Kenya from Dubai on Waqar’s sponsorship and he was staying in his flat.

“This is a joint conspiracy of Waqar, Khurram and five Kenyan police officers,” said Sanaullah, adding that there were torture marks on Sharif’s body. He continued to say that those who fired at the journalist knew who they were shooting at. They knew which side Sharif was sitting, he said.

“We have the evidence against those who forced Sharif to leave the country. Some people called him and told him to leave while some say that Sharif left due to the situation in the country. However, Arshad Sharif did not want to leave the country,” he added. Sanaullah also said that a threat alert was issued to scare the slain journalist. He also revealed that there is evidence of how Sharif was made to sit in the plane from Peshawar. He also said that the person who helped Sharif get an online visa was Waqar, adding that the latter did not know the former before.

“We have the record of everything including why Sharif went to Waqar’s house and stayed as a guest,” said the minister, adding that Waqar is not being named in the case because the commission has yet to go and look into these matters. The interior minister said that he will request Prime Minister Shehbaz Sharif to talk to the Kenyan president again because the Kenyan police are not cooperating.

Earlier today, the chairperson of Kenya’s Independent Policing Oversight Authority (IPOA) said that Sharif’s murder at the hands of Kenya’s police is being fully investigated to establish the facts surrounding the shooting.

IPOA Chairperson Anne Makori said the independent body has started a “full and thorough investigation to establish the circumstances surrounding the shooting” of Arshad Sharif on the night of October 23 by Kenya’s General Services Unit (GSU) officers.The IPOA chairperson also addressed the reports claiming that Sharif was brutally tortured before being killed.