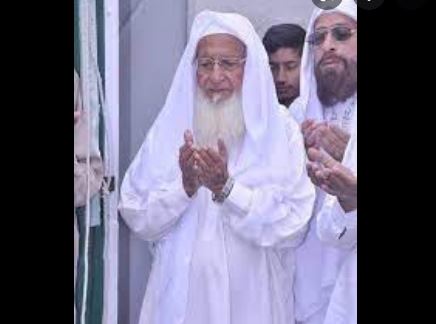 PESHAWAR /DNA/ – Sheikh Abdul Hameed a known religious figure from Ahli Hadith School of thoughts was killed and his brother seriously injured in an attack at Qazi Kelli Peshawar on Sunday evening.

The initial reports reveal that Sheikh Abdul Hameed was boarding on his car along with brother Sheikh Muhammad Rahmati. Some unknown assailants riding on motorbike opened firing with AK 47. As a result both sustained serious injuries. They were shifted to nearby hospital where Sheikh Abdul Hameed succumbed to injuries.

The relatives informed that Sheikh Muhammad Rahmati is in critical condition. So far no one claimed responsibility for latest attack against Abdul Hameed.