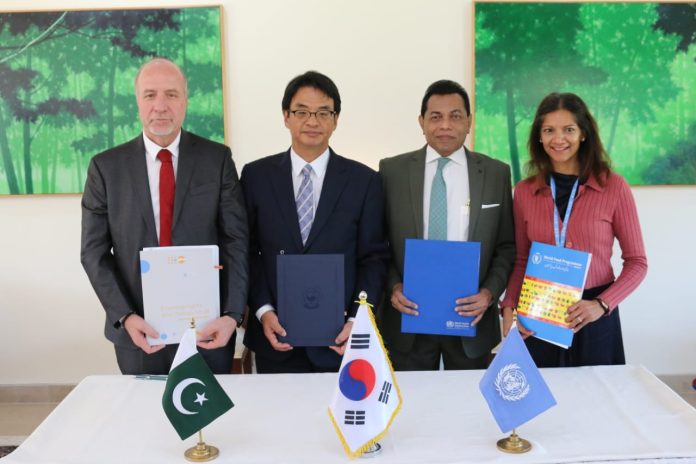 ISLAMABAD” The Government of the Republic of Korea in its commitment to alleviate the suffering of the Afghan Refugees in Pakistan donated $1.5 million USD for the year 2023 to three United Nations Agencies on 17th November, 2022.

Speaking at the ceremony, the representatives of the UN agencies expressed their gratitude to the Ambassador, Government of Korea and the Korean people for their steadfast support and humanitarian assistance to the plight of the Afghan Refugees.