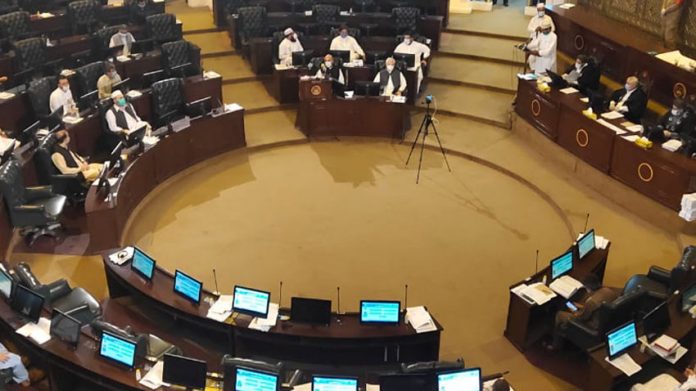 Presenting the budget in the Khyber Pakhtunkhwa Assembly in Peshawar on Friday afternoon, the Finance Minister Taimur Saleem Khan Jhagra said the province will receive about four hundred and five billion rupees from the federal divisible pool.

He said the province will receive one hundred and sixty-one billion rupees from Federal Government for development of merged tribal districts.

The Finance Minister said province will also get forty-eight point six billion rupees from the federal government for the war on terror.

He said fifty-eight point three billion rupees will be provided to province as net hydel profit while over twenty-four billion rupees as a royalty of oil and gas from federal government.

Taimur Saleem Jhagra said twenty-four billion rupees have been set aside for the expected expenditure linked to COVID-19.

Ten billion rupees will be spent on provision of Sehat Insaf Cards to all the population of the province.