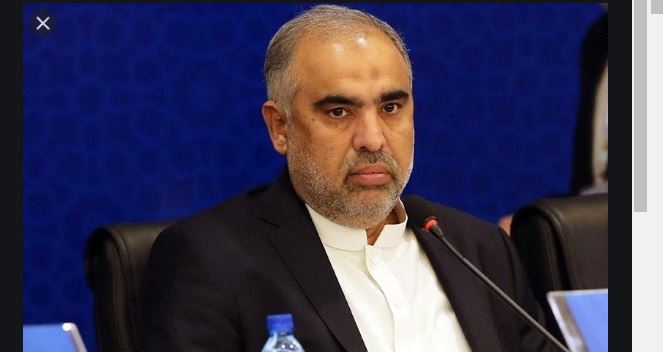 SWABI, Nov 21 (DNA): Speaker National Assembly Asad Qaiser has said that
steps were being taken on priority basis for the promotion of sports in
Khyber Pakhtunkhwa and the construction of sports infrastructure and
provision of facilities at various places in Swabi would boost sports
activities in the province.

The Speaker National Assembly Asad Qaiser directed the Director General
Sports Khyber Pakhtunkhwa Asfandyar Khan Khattak to formulate a
coordinated strategy for the construction and development of a sports
ground to provide positive activities to the youth in Swabi. He said
that the youth of Swabi had always been made the country famous in the
field of sports. “Providing facilities for healthy activities to the
youth is part of the government’s priorities,” Asad Qaiser said.

The DG Sports KP apprised the Speaker National Assembly of the details
of expenditure incurred on eight projects for laying the foundation
stone for sports on 100 kanals of land leased for sports activities. He
said that the youth of Khyber Pakhtunkhwa were keenly interested in
sports activities and all resources would be utilized at the provincial
level for the development of this sector.

Mr. Khattak also apprised the Speaker about the progress being made on
the ongoing development projects for the promotion of sports in Swabi.
He said that infrastructure was also being constructed at other
recreational places including playgrounds in Swabi to involve the youth
in healthy sports activities.

Similarly an indoor Badminton Hall would be constructed at Tehsil
Playground Chota Lahore, establishment of cricket academies at Baja
Bamkhel Sports Stadium Swabi and Playground Kala Butt. He said looking
after the interest and talent another Cricket Academy would be
constructed at Playground Malakiabad, Zada and Sumbel Amlet. He said
besides these projects, an Open-air-Gym would be established for the all
age people in Bamkhel Sports Complex Swabi.

Murad Ali Mohmand said that as per the vision of Prime Minister Imran
Khan to promote sports activities among youth the provincial government
of Khyber Pakhtunkhwa has set the target of establishing as many as 204
sports facility centres in 170 Union Councils across province including
merged districts. He said that Rs 1178.97 would be incurred on
establishing these sports facilities out of which 150 would be ready by
June 2021.

Speaker National Assembly Asad Qaiser appreciated development of 1000
playing facilities at Union Council and Tehsil Levels under Prime
Minister 1000 Playground Project that would help the talented youth to
come up at national and international level. DNA
========