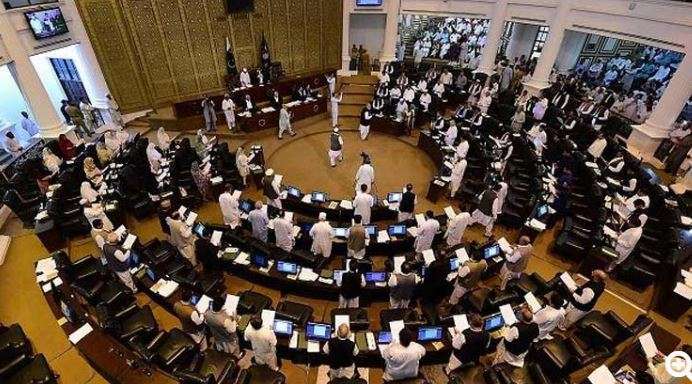 During the presentation of the resolution, the opposition protested fiercely in front of Speaker Dice and chanted slogans against the treasury benches.

The resolution stated that “ECP’s decision is based on malice, and the purpose of such a decision is tantamount to harming Pakistan.”

The Supreme Court has declared Imran Khan as “Sadiq and Amin”. Imported rulers cannot compete with Imran Khan in the political arena. The House of Punjab Assembly rejects the decision of the Election Commission, it added.

On the other hand, in the KP assembly, provincial minister Kamran Bangash presented a resolution against the ECP decision, which was passed unanimously by the lower house.

The resolution stated that the ECP’s verdict against Imran Khan is against the law and the constitution, and the country s most honourable political leader has been disqualified on a false charge.