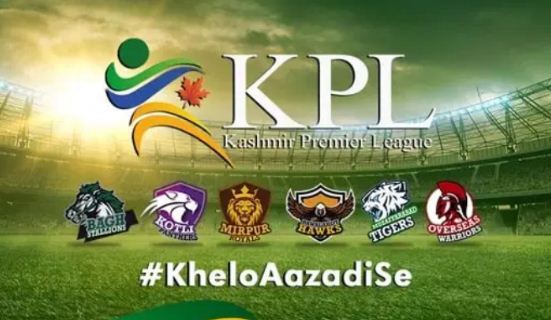 ISLAMABAD, AUG 02 (DNA) – Kashmir Committee Chairman Shehryar khan Afridi on Monday said despite Indian conspiracies against Kashmir Premier League (KPL) all the league matches would be held as per the schedule.

In a news release, Afridi said that the KPL would provide an opportunity for Kashmiri youth to showcase their talent globally.  International players Herschelle Gibbs and Tillakaratne Dilshan will arrive in Pakistan on Tuesday to participate in the Kashmir Premier League.

Afridi paid tribute to the players, their cricket boards and governments for supporting cricket in the world. He said “It is hoped that the Pakistan Cricket Board will soon issue NOCs to Fakhr Zaman, Shadab Khan, Usman Qadir, Imam-ul-Haq and Muhammad Hasnain to participate in the KPL.”

The Indian government is requested to keep sports separate from the politics, said Afridi.

“Games connect people while hatred breaks people. The Indian government and the Board for Control of Cricket in India (BCCI) is requested that cricket is a gentleman’s game, don’t contaminate it with your dirty politics,” Shehryar said.

The International Cricket Councils (ICC’s) clear response to the Hindutva government is another setback on India’s diplomatic front, he said. Azad Jammu and Kashmir (AJK) is all set to hold first-ever CrickFest, KPL, from August 6, in Muzaffarabad. = DNA