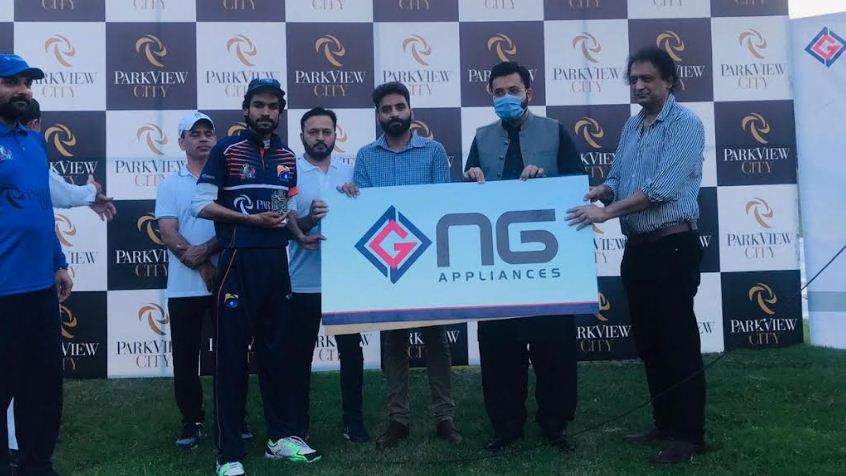 AFZAL JAVED
ISLAMABAD, Aug 02: State Minister for Information and Broadcasting Farrukh Habib said that India is afraid of the Kashmir Premier League (KPL) and Modi wants to dominate cricket with coercive thinking but KPL will expose him.
He was speaking as chief guest during the prize distribution ceremony of first RISJA Inter-Media Independence cricket cup at National cricket ground organized by Rawalpindi-Islamabad Sports Journalists Association (RISJA) with the collaboration of Park View and NasGas.
Farrukh Habib said that the government wants to promote sports in the country and it is a priority to bring out the national talent for the promotion of sports, adding that the Prime Minister is taking steps to promote sports in the country.
He said that Kashmir Premier League has disturbed the Indian sleep as they are afraid of KPL and threatening the foreign players to not to stop the players from participating. Modi wants to dominate cricket with coercive thinking but he will expose.
Earlier Geo TV won their first match against Samaa TV by 28 runs. Batting first Geo scored 106 runs for the loss of 7 wickets in the stipulated 15 overs. Qaiser Butt (18), Khalid Chaudhry (29), Hassam (29) notable scorers. In reply, Samaa TV were bowled out for 78 in the 11th over. Maqsood Ahmed (20) scored from Samaa while Arfa Feroze was declared man of the match with taking five wickets from the winning side.
In another match Dawn TV won by 8 wickets against ARY. Batting first, ARY scored 44 runs for 6 wickets in 10 overs. Rana Tariq scored 10 runs. Tahir Naseer, Sanaullah, Noshad Abbasi took one wicket respectively. In reply Dawn TV chased the target in the eighth over at a loss of two wickets. Noahad Abbasi was declared man of the match who scored 25 runs for the winning side.