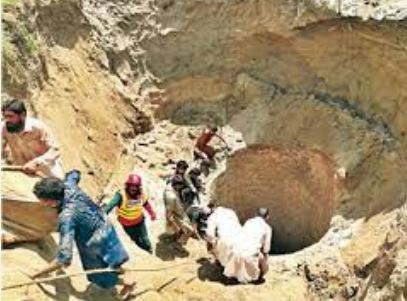 Soon after the incident, his fellow workers come to rescue him and shiftedhim  to TehsilHeadquarters HospitalHassanabadal in precarious condition where he pronounced dead. Later on, his dead body was handed over to his heirs after completing all legal formalities.