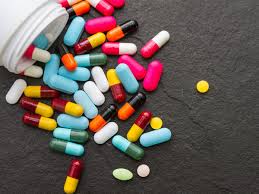 LARKANA: Local police claimed to have recovered large quantity of medicines stolen from government hospitals in a raid at a house in Larkana.

The police on a tip-off, conducted raid at a house in Murad Wahan neighborhood of Larkana and recovered several cartons filled with government medicines which had stamps of ‘Government of Sindh’ and ‘not for sale’, police officials said.

House owner, Saddam Unar fled from the scene after the police raid on his house. It is to be mentioned here that police had earlier on Wednesday claimed to have recovered huge quantity of stolen medicines of government hospitals from a private godown in Larkana.

The police conducted raid at a godown in Ahsan colony area of Larkana and recovered hundreds of cartons filled with government medicines, officials said.

The police also arrested a suspect from the godown and apprehended an owner of a private medical store in connection with the scam.

On the other hand, Larkana’s Senior Superintendent of Police (SSP) Masood Ahmed Bangash has formed a joint investigation team to probe into the drug scam.

Earlier on May 15, a child who had been bitten by a ‘mad dog’ and contracted rabies, died due to non-availability of vaccination for the age-old disease.

The child had been admitted in a hospital but after a month’s effort, lost his life battling the disease. Rizwan along with four more people had been bitten by a ‘mad dog’ a month back.