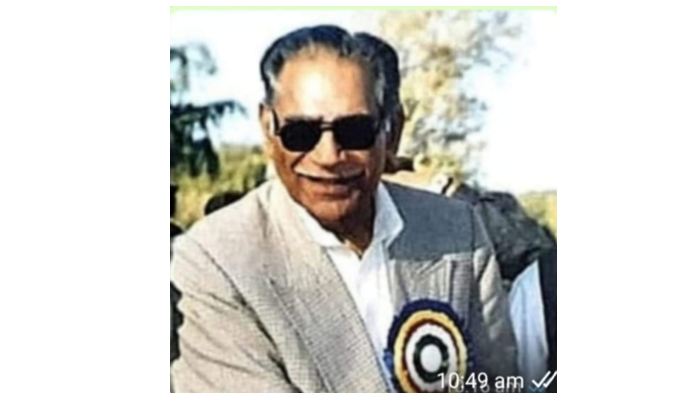 Justice Rashid was born in the town of Sibi in Balochistan in 1933. His early schooling was in different parts of Balochistan and finished his intermediate education at the Government College Quetta. Soon after, he started working as a teacher. As a teacher he worked in Harnai, Dalbandin and Quetta. In Quetta, he worked in Sandeman and Special High Schools as an English teacher. During that time, he privately completed his BA and went to Lahore for his BT. He later earned his master’s in History. In 1958 he appeared in the Central Superior Services (CSS) competition examination and passed. He was selected in the Civil Service of Pakistan (CSP). For CSP training, he attended the Civil Service academies in Lahore, Dacca and London.

He was a devoted family man. In 1960, he married Aziza Khanum and had two sons and a daughter. They were happily married for 52 years. Besides spending time and providing for his own family, he remained devoted to caring for his parents and widowed sister. He accompanied his parents for Haj, and at times he had to carry his father on his back during tawaf.

In the executive branch, he served in various positions such as Assistant & Deputy commissioner, Chairman Hyderabad Municipal Corporation, Director of Basic Democracies and Caretaker Law Minister of Balochistan. He served these positions of power with courage, unmatched integrity and highest principles he believed in. He never compromised on his high ethics.

Sometimes he felt he was pressured in during his time with the executive branch. Being in the executive service he had the option to join the judicial branch of the service, which he eventually opted for. After some time in training, he was briefly appointed a civil judge. Later he served as Sessions Judge for a few years. Then, he served as the first Secretary of Law Department in Balochistan, and later as Joint Secretary in the Ministry of Law in the Federal government. He was then sent to Harvard University in the U.S. for law review training. During that time, he was picked as the judge of the Sindh-Balochistan High Court. Since he was in the US, he had to be sworn in by the permanent Pakistan representative at the United Nations. He became the first Pakistani judge to take oath outside Pakistan.

On his return from the U.S., he joined the Sindh-Balochistan High Court in Karachi. After a constitutional amendment the Balochistan High Court was separated and located in Quetta. Justice Rashid joined two other judges to make up the new High Court. His judgements were always made according to the law and the constitution. Soon after his appointment, General Zia-ul-Haq imposed martial law in the country. Many military courts were established in the country to deliver so-called swift justice at the discretion of the martial law authorities. Often, non-violent crimes had harsh punishments, which were overturned on appeal by the high court. Several politicians were sent to jail for opposing martial law. Also, in Balochistan many politicians were detained. Their lawyers challenged the detention orders in the high court. He was instrumental in overturning their detention orders based on the rights guaranteed by the constitution.

In one notable civil criminal case, the martial court ruled that the defendant be punished by death. His attorney challenged the ruling in the high court. The martial law prosecutor was arguing the case and referred to a martial regulation. In this case, Justice Rashid told the prosecutor that the country has a constitution, and that there is no law above that, and any martial law decree can be challenged in the high court. In many cases, the court either reduced the sentences awarded in the martial law courts or reversed their judgements. Politicians from other provinces also challenged their detention in Balochistan High Court and got their detentions overturned.

The judgements of the Balochistan High Court did not sit well with Martial Law authorities or General Zia-ul-Haq. He was said to have called the Chief Justice of the Supreme Court, and complained about the Balochistan High Court. The Chief Justice responded that the judges have taken oath on the Constitution, and they have to make decisions based on this supreme law of the land. Zia-ul-Haq then reportedly asked how this could be changed, to which the Chief Justice replied that all judges asked to take a new oath in which the word “Constitution” is omitted.

Accordingly, a new Martial order was issued and requested all the judges of High Courts and Supreme Court to take a new oath specifically omitting the word ‘Constitution’. Seventeen judges, including the Chief Justice and Justice Rasheed refused to take the oath. That was the end of his career as a judge. He was a man of strong will and strong principles.His personal ethics and principles did not allow him to take such an oath. Upholding his principles and highest ethics has been his legacy.

He practiced law in Sindh briefly, in Karachi and Sukkur. Later, he was able to revisit his passion for education when he was appointed Vice Chancellor of the University of Balochistan from 2000 to 2004.

Justice Rashid died in Civil Hospital Quetta after a brief illness on August 25, 2021 and is buried in his ancestral hometown, Sibi.