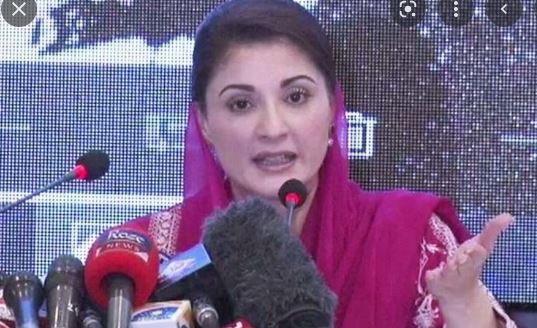 In another legal victory for the PML-N, the Lahore High Court (LHC) Monday ordered to return the passport of the party’s vice president Maryam Nawaz that she had surrendered for getting bail in a corruption reference in 2019.

The PML-N leader had approached the LHC against the anti-graft body saying despite absence of any charge sheet against her or trial, she had not been able to exercise her fundamental rights for about four years.

She had pleaded that she was in dire need to go abroad to attend to and inquire after her ailing father, requesting the court to direct the deputy registrar (judicial) to return her passport in the interest of justice.

Maryam Nawaz had surrendered her passport to the court when post-arrest bail was granted to her in the Chaudhry Sugar Mills case.

During the last hearing, the NAB had told the court that it no longer needed Maryam Nawaz’s passport, clearing the way for her passport to be returned.

During the hearing, the high court inquired about the previous applications filed by the PML-N leader. At this, Maryam Nawaz’s counsel Advocate Amjad Pervez said that they have become ineffective in light of the current application.

Parvez argued before the court that her client was given bail after she surrendered her passport.

“It has been four years that no reference has been filed in regard with Chaudhry Sugar Mills case,” he said, adding the situation would have been different had the NAB filed a reference against her.

Advocate Parvez said that delaying a case is equal to misusing a law. “The courts close cases due to long delays without deciding on merit,” he added.

The PML-N leader’s lawyer said that the conviction in the Avenfield case could have caused hindrance in the return of her passport, but that case has been closed.

“The court had directed to surrender the passport for its satisfaction, has this concern been addressed,” the CJ asked, to which, the lawyer said that no reference has been against the PML-N leader in the last four years.

The court also inquired if it is supposed to amend the part regarding the condition in the bail verdict or withdraw this part. At this, the lawyer said that the court can amend the bail order of his client.

The court further asked about the federal government’s response to the plea, to which, the deputy attorney general said they have no objection.

Meanwhile, the NAB prosecutor said that the anti-graft body does not know whether the case falls under their jurisdiction after the amendments to NAO Ordinance.

“There is no investigation pending against Maryam Nawaz and her passport is not required either,” he said, adding that the NAB had investigated this case, however, it is not clear whether the case still falls within the NAB’s watch or not.

The prosecutor said that he is not in a position to give a statement regarding this matter. The chief justice asked if he has received any instructions, to which, the NAB prosecutor replied that the body has no objection to it.