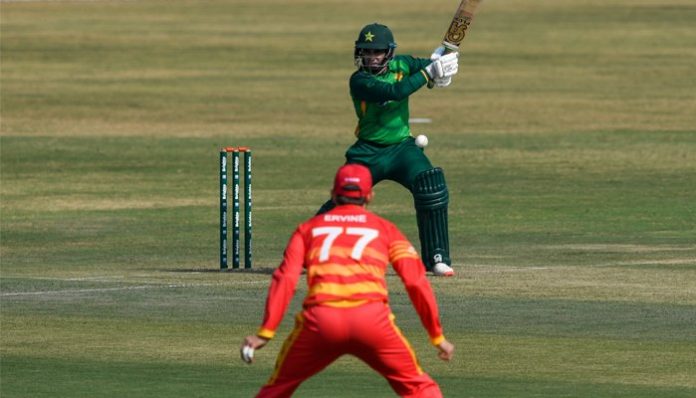 RAWALPINDI : The second one-day international (ODI) between Pakistan and Zimbabwe will start at midday today, with the green shirts in the lead following their victory in the first match late last week.

On Friday, Pakistan’s Shaheen Shah Afridi had grabbed five wickets and Wahab Riaz taken four as Pakistan thwarted a fighting Zimbabwe to win the first ODI by 26 runs in Rawalpindi.

Bagging the win from the first ODI match against Zimbabwe, Pakistan also claimed 10 points in the World Cup One-Day Super League, which determines the qualifiers for the next World Cup in 2023.

“Riaz is an experienced campaigner but the way Afridi has been rising as a wicket-taking bowler it is good for us,” captain Babar Azam had said at the time.

“The win is important as this is part of World Cup qualifying campaign,” he had added.

To watch the live match between Pak vs Zim (2nd ODI), click here.