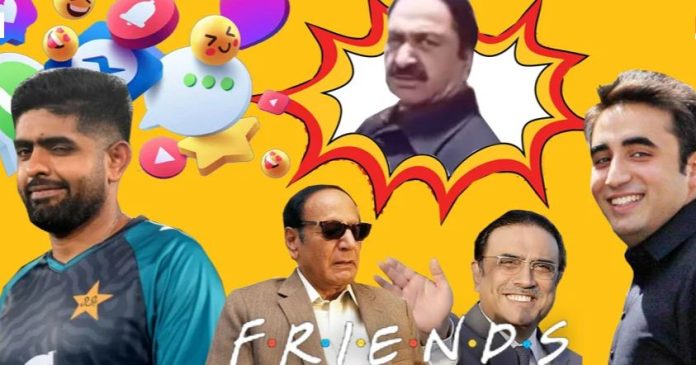 The year 2022 has been a hypercoaster ride politically, economically, and culturally — to say the least. From the ouster of a government via a vote of no confidence to the Punjab chief minister’s election conundrum and a deeply polarised political environment in Pakistan, there were tons of debate and even more speculation.

And along with all that came a torrent of rib-tickling memes and social media moments that lightened up even some of the bleakest bits.

Today, we look back at some of the top political, sports, and social media-originated memes that sum up the country’s happenings in 2022.

From Adnan Siddiqui’s selfie in front of a fire that became a popular meme template to top politicians making headlines by just sitting in their Barcaloungers, we’ve got you covered with the best.

The most talked about and popular political meme of 2022 has got to be Bilawal Bhutto’s spoonerism during the Pakistan Peoples Party’s long march in February-March.

Bilawal’s ‘Kaanpen taang rahi Hain‘ (a spoonerism of Tangain kaanp rahi hain or legs are shaking) is likely to remain a political and apolitical catchphrase for a long time.

Politicians, laymen, students and everyone in the country have used this phrase at least once.

Zardari and Shujaat are F.R.I.E.N.D.S

Another picture that made a sensational viral meme was from PPP Co-chairman Asif Ali Zardari and PML-Q leader Chaudhary Shujaat’s meeting on the eve of the election of Chief Minister (CM) Punjab. The meeting, which turned out to be a game-changer in the context of the CM election, also gave birth to a popular meme.

Many social media users called out the pictures, similar to a scene from the popular US show F.RI.E.N.D.S, whose two characters, Chandler and Joey, sat similarly on their Barca loungers.