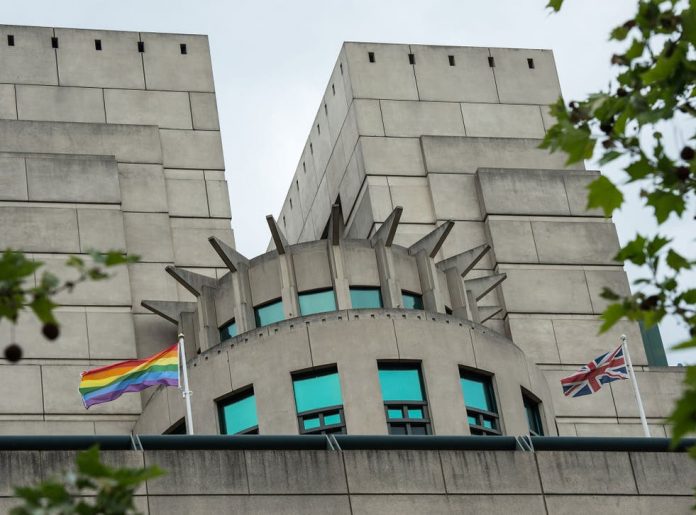 LONDON: The chief of Britain’s MI6 foreign intelligence service publicly apologized on Friday for historic discrimination against lesbian, gay, bisexual, and transgender (LGBT+) people in the spy agencies before 1991.

Britain decriminalised homosexual acts between men in 1967, but its spy agencies refused to hire gay, lesbian and transgender officers until 1991 because they believed they would be susceptible to blackmail.

“Until 1991, being openly LGBT+ in MI6 would cause you to lose your job or prevent you from being allowed to join in the first place,” said Richard Moore, chief, or C, of the Secret Intelligence Agency (SIS).

“Committed, talented, public-spirited people had their careers and lives blighted because it was argued that being LGBT+ was incompatible with being an intelligence professional,” Moore said. “This was wrong, unjust and discriminatory.”

Moore said that such misguided policies had deprived Britain’s spy services of talent and that some staff who “came out” after 1991 were treated badly for failing to have disclosed their sexuality during vetting.

“Others who joined in the period post-1991 were made to feel unwelcome,” Moore said. “We still have more to do to become a fully inclusive employer, and my goal for MI6 is to make it a workplace where you can always bring your true self to work.”

Britain’s notoriously secretive spy services – SIS, the MI5 Security Service and GCHQ eavesdropping agency – have been trying for several years to present a much more open and enlightened image as they search for broader talent.

Despite the previously discriminatory rules, some of the most famous characters in British intelligence history were gay, including Guy Burgess, an MI6 officer and diplomat, who was also a Soviet mole and who fled to Moscow in 1951.

Alan Turing, a brilliant mathematician who is now considered to be the father of modern computing, broke the German naval Enigma code for British spies during World War Two.

He was gay, disgraced and was found guilty of gross indecency. He lost his security clearance and was no longer allowed to work for GCHQ.

He was forced to have hormonal injections and in 1954 committed suicide aged 41 by eating an apple laced with cyanide.