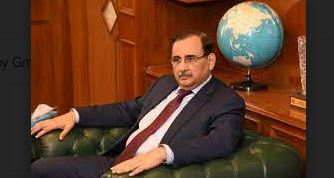 ISLAMABAD, NOV 6: The Federation of Pakistan Chambers of Commerce & Industry’s Businessmen Panel (BMP) has called for early establishment of Rupee-RMB clearing arrangement in Pakistan following the MoU signing of the SBP and the Chinese Bank in this regard, as it would reduce Pakistan’s reliance on US dollar by around $18 billion this year.

FPCCI former president and BMP Chairman Mian Anjum Nisar pointed out that the Yuan clearing arrangement is not new to Pakistan as the country has already had a currency swap agreement with China since 2011, which needs its full implementation at the earliest. It is a welcome step that the central bank of Pakistan and China have agreed to boost bilateral trade and investment in Chinese yuan, which will reduce the our dependence on US dollar, stabilize foreign exchange reserves and support the rupee against the greenback, he added.

The Businessmen Panel Chairman stated that the agreement will also help boost the country’s foreign exchange reserves significantly this year and appreciate the rupee to below Rs200 against the greenback, compared to around Rs221.95 current rate of interbank market.

Mian Anjum Nisar said that China stands as Pakistan’s single largest trading partner, as Islamabad imported goods and services worth $18 billion from Beijing last year, of which import payments worth $4.5 billion were made in Chinese yuan (RMB 30 billion), meaning Pakistan’s reliance on the greenback was cut down by $4.5 billion last year. He observed the establishment of RMB clearing arrangements in Pakistan will enable Pakistani traders to clear all import payments to China in RMB, as the two central banks (SBP and PBoC) will make available unlimited financing in Chinese currency for trade and investment between the two countries.

Pakistan paid over Rs26 billion in interest payments to China against utilizing RMB30 billion ($4.5 billion) in FY21. Last year, Pakistan exported goods and services to China worth a little over $2 billion. He expressed hope that the establishment of RMB (Chinese yuan) clearing arrangements in Pakistan will end the role of the New York central clearing system in payment settlements between the two bordering countries.

It is to be noted that the State Bank of Pakistan and the Peoples Bank of China have signed a memorandum of understanding (MoU) on establishing RMB (Interchangeable Chinese currency) clearing arrangements during Prime Minister Shehbaz Sharif’s two-day visit to China.

He said that the establishment of the RMB clearing arrangement in Pakistan will further boost usage of RMB for cross-border transactions among Chinese and Pakistani enterprises and financial institutions. This will also promote bilateral trade and investment between the two countries, he added.

Beijing and Islamabad conducted bilateral trade in Chinese currency worth RMB30 billion ($4.5 billion) in the fiscal year 2020-21 under the currency swap agreement (CSA).

He said that China increased financing in Chinese currency by an additional RMB10 billion ($1.45 billion) under the CSA during the premier’s visit this week.

Accordingly, Pakistan has now made available a total RMB40 billion ($6 billion) to clear its import payments in the current fiscal year 2023.

The establishment of an RMB clearing unit in the country means that Pakistan may no longer have to use its precious reserves of US dollars to trade with China. Moreover, when funding China-backed mega projects in the country, China too will not have to rely on sending Pakistan US dollars.

Most dollar base payments and settlements conducted by local banks are cleared in New York for international payments. From there, the currency is sent to the respective bank for its conversion into local currencies.

At present, the process is a bit complex. Pakistani customers make payments to local banks, who then transfer money to New York where settlements take place. From there, the money flows to the respective Chinese bank where the US dollars are converted into RMB.

We will be able to avoid this long procedure and the settlement would be made by both banks, so this is very good for trade.

The trade between Pakistan and China is heavily tilted in Beijing’s favor, comprising more imports and less exports. Overall, exports from Pakistan to China have increased by 2 percent to $2.57 billion during the first nine months of the current calendar year. The bilateral trade volume remained at $20.19 billion with 3 percent growth when compared to the same period in 2021.

At present, the emerging markets demonstrated a low elasticity of demand for US dollars. The currencies of developing countries will inevitably depreciate as a result of a possible negative spillover effect caused by a surge in USD interest rates and a monetary tightening cycle.