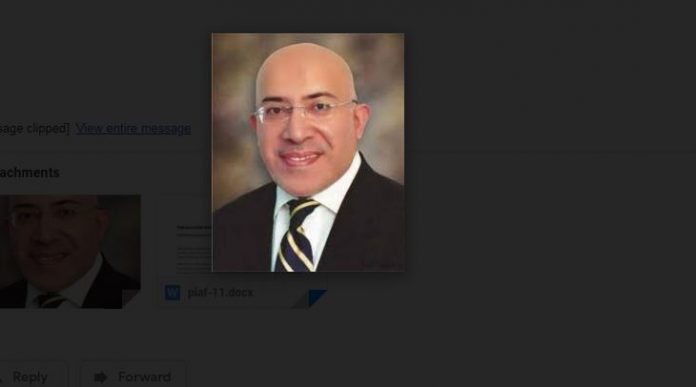 ISLAMABAD, OCT 11 – The Pakistan Industrial and Traders Association Front (PIAF) Chairman Mian Nauman Kabir has said that Pakistan’s total debt and liabilities skyrocketed to around Rs36.3 trillion, which were rising at a high speed in the wake of a soaring budget deficit.

He observed that over 40 percent of the additional debt in the past two years is only because of debt servicing expenditures while about 30 percent due to rupee devaluation, which was depreciated almost 47 percent during this period. He flayed the economic managers for keeping the interest rate artificially high at 13.25 percent during this period, besides devaluing the rupee more than the requirements, contributing most to lift the public debt.

The PIAF Chairman lamented that if nation today decides to retire all its public debt, it would have to give up almost 87 percent of its gross domestic product, which is presently standing at Rs41.7 trillion, also indicating that government has violated the Fiscal Responsibility and Debt Limitation Act, which calls for limiting the debt to below 60 percent of the GDP.

PIAF senior vice chairman Nasir Hameed said that the external debt has increased by 54 percent to Rs13 trillion in the last two fiscal years, which were about Rs8.5 trillion at the end of the previous govt tenure, witnessing a net increase of Rs4.6 trillion in the external debt, mainly owing to currency depreciation and current account deficit financing. This external debt doesn’t include loans of $5 billion obtained from Saudi Arabia and the United Arab Emirates in this period, as these loans are the responsibility of the central bank.

He said that the government total domestic debt increased to over Rs23 trillion, up by 41.4 percent or Rs6.8 trillion in the last two fiscal years from domestic debt of Rs16.4 trillion reported in 2018.

PIAF vice chairman Javed Siddiqi said that the accumulation of debt is a direct result of the gap between expenditures and revenues, which is widening due to the inelasticity of debt servicing and the FBR failure to enhance revenue collection. Steep currency depreciation also contributed to the central government’s debt. The FBR suffered a record shortfall of around Rs1.55 trillion in tax revenues in the last fiscal year but the government did not hold anybody accountable. In just two years, the total public debt surged to 87 percent of the GDP from almost 72 percent of the GDP, which is very shaky, carrying huge risks for the economy and the country’s foreign policy.

The PIAF leadership called on the authorities to strengthen fiscal discipline through additional revenue measures especially of exports, besides efforts to contain current expenditure while protecting pro-poor spending.

Mian Nauman Kabir said that exports of goods and services are an injection into the circular flow of income leading to a rise in aggregate demand and an expansion of output, helping raise per capita incomes and reduce extreme poverty especially in developing economies like Pakistan.