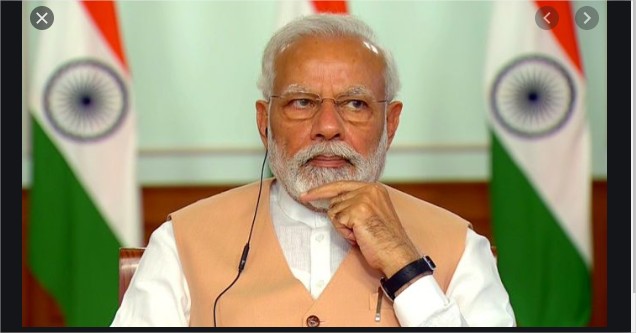 On June 28, Prime Minister Modi declared victory over China. His June 19 statement had already hinted at all pervasive preservation of sanctity of Line of Actual Control (LAC); that according to him had not be disturbed. His “Victory Declaration” was pegged around “20 brave soldiers” giving“befitting reply” claiming as if India had won the tactical battle. Infact Chinese never envisioned or fought a tactical battle. According to Modi’s earlier statement there was Chinese incursion across Indian side of the LAC. So why is he indulging in hate mongering against china? Latest act of banning over 59 Chinese Apps adds to earlier frenzy of breaking Chinese TV sets. Most Indians live in delusion, so such gimmicks are aimed at strengthening such public delusions—a perceptive win.

In an interesting development, US Secretary of State Mike Pompeo has cited Chinese threat to India and Southeast Asian countries, likeVietnam, Indonesia, Malaysia, Philippines, and the South China Sea, as one of the reasons the US is shifting its troops from Europe.He said so while responding to a question when he spoke at the Virtual Brussels Forum on June 25. He added that the US military is “postured appropriately” to meet these “challenges of our time.”According to Pompeo,President Donald Trump’s administration had carried out a fundamental relook at the threats it faced and how it should allocate its military resources, including intelligence and cyber.Speaking about the Chinese threat, he cited the violent border confrontation with India, China’s increasing activities in the South China Sea, and its predatory economic policies as evidence.Of these, the US is actually worried about the economy part.

Will the US really send its armada to fight India’s war? No, Never! Even Trump is not stupid enough to fight a direct military confrontation with China. However, it may employ some expandable proxies for getting the beating. Will India fight America’s war against China? No, Never! Modi is not Nehru! Will China go for an all-out war with any country? No, Never.Cardinal mistake on the global chess board has been America’s selection of a nuclear proxy—India— to take on a stronger and a bigger nuclear power— China.  Indo-US strategic clock got stuck somewhere in the 1960s.

Indian Chief of Defence Staff General Bipin Rawat has messed up handling of China-India tiff in Ladakh so much that it’s interesting to observe that most of retired Indian generals want war with China and most of serving ones want to retire before that war!. While the war may already be over; only Rawat is unable to perceive that. Prime Minister Narendra Modi has realized the consequences and is busy in damage reduction through denial, in fact he is in a state of mental paralysis.

Of late, India’s former foreign secretary Nirupama Rao has been sharply critical of Indian government’s overall communication on the India-China situation;whatIndia has ended up with is “a compounding of confusion.” Rao said she was very concerned about this.During an interview, Rao spent a lot of time talking about the impact of the India-China tussle on India’s image in the South Asian neighbourhood. Calling it “a very dark hour”, she said the outcome was “a great blow to our prestige in the neighbourhood”. She distressingly added: “I grieve for India”. Rao said India needs to rethink its neighbourhood policy which, at the moment, she said was in “shambles”. She said “we need to be more generous, more giving”.Rao put a lot of stress on the need to improve relations with Pakistan. She said there was a need “to reopen the channels for communications”. She added we need to “dissect what went wrong in our Pakistan policy”.

Rhetoric by India’s Home Minister to reclaim parts of Chinese territory,meant forhome consumption, led to pre-emptive action by China.By “inventing” a rhetorical position around the issue of Aksai Chin, a territory India may never have intended to take back by force from China, New Delhi aggravated the existing Chinese sensitivities on it.India ignited the matter by annexing its already occupied portion of Kashmir on August 05 and bifurcating it into two union territories. India also laid claims on Chinese & Pakistani areas of Aski Chin and Azad Jummu & Kashmir and threatened to capture these by force; and hence violated the UN Charter.

Rao said government communication must be “more precise and less ambiguous”. She added “every word is weighed carefully”. As she put it, it’s “masticated, there is no doubt about what is being said, there is no ambiguity”.In a 41-minute interview to Karan Thapar for The Wire, Rao, said the PMO must clarify what it means by the phrase “across the LAC (Line of Actual Control)”. Rao criticised calls to boycott Chinese goods as well as the public breaking and throwing of Chinese television sets.

On side-lines of Victory Day Parade, India urged Russia to expedite delivery of Fighter planes, S-400 Missile system and other already ordered war munitions, keeping in view ongoing China-India tensions in Ladakh. However, Russia has conveyed to India that it would be difficult for her to out-rightly side with her in its conflict with China.

Russian Foreign Minister Sergei Lavrov said on June 23 at a virtual meeting of RIC (Russia-India-China) foreign ministers: “I don’t think India and China need any help from outside. I don’t think they need to be helped, especially when it comes to country issues. They can solve them on their own.”

In India, these are rough times for the sane voices. India’s jingoistic media strategy is in disarray, it continues to make rash and irresponsible calls for teaching China a lesson. Government is striving to construct a fake narrative through anchors on retainer ship, and doesn’t want anyone to challenge it.Those attempting to put up factual position are being coerced.

China being more powerful, controls the dynamics of crisis termination, while India has no choice but to keep ceding space. Likely End-State of crisis: There would be no worthwhile war. Territory taken by China will stay with China, and 1993 LAC alongside all agreements signed in 1996, 2005, 2012, and 2013 would not be worth the paper each is written on.And vacation of Siachen by India occupation forces is only a matter of time. Longer the crisis prolongs, more precarious would keep evolving India’s position.

China remains the winner as long as PLA is camped on Indian side of LAC.The PLA has capability to end war decisively in its favour without loss of its soldiers. No credible analyst expected the PLA to start a shooting war with India.Modi Era is a carefully scripted drama to fool its domestic audience, even in the presence of satellite imagery.

Since Modi’s arrival to PM House, every crisis has two sides: perception— India wins; reality —the other side wins. And in the process India is losing respect, within and outside. Now as consolidation measure to Modi style victory we eagerly wait for a Bolly Wood movie themed on a hunter carrying Lady Major of India army single handily beating a hell out of Chinese brigades!