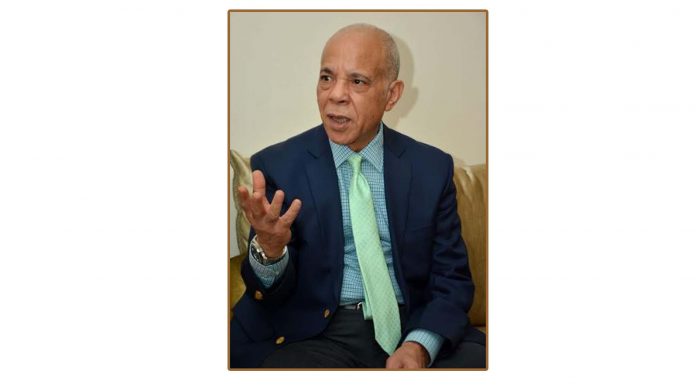 Ambassador of Morocco Mohammed Karmoune says, Morocco’s public health sector might not be as sophisticated as Japan’s for instance, however, this safety-preparedness approach is not only a winning strategy, but it is also unprecedented for the majority of MENA countries, and even for some European countries

ISLAMABAD: King Mohammed VI has called for unity on African leaders to deal with the Covid-19 pandemic. He spoke on this matter with the presidents of Côte d’Ivoire and Senegal, to launch an initiative of African Heads of State aimed at establishing an operational framework to support the countries of the continent in their different phases of pandemic management.

Ambassador of Morocco Mohammaed Karmoune disclosed this in an interview with DNA.

He further told that Morocco also donated to the African Union Commission medical supplies that would boost the continental capacity to respond to the COVID-19 pandemic. The donation represents the values of support and solidarity between African Union Member States.

Concretely, the Kingdom of Morocco quickly went from words to deeds. Since Sunday, June 14, the cargo planes of the airline Royal Air Maroc are active again on the tarmacs of African airports.

In the wake of his commitment made in April 2020 to strengthen South-South solidarity, King Mohammed VI ordered the dispatch of medical aid to 15 sub-Saharan countries, with massive help:8 million masks, 900,000 visors, 600,000 charlottes, 60,000 gowns, 30,000 liters of hydroalcoholic gel, 75,000 boxes of chloroquine and 15,000 boxes of azithromycin, all from Moroccan factories in accordance with the standards required by the ‘WHO.

The measures taken by Morocco at the first stage of the COVID-19 outbreak is showing how much Morocco did not underestimate the situation and learned from other countries’ mistakes.

In comparison to the majority of African countries, Morocco’s strong institutions, peaceful society, robust infrastructure, and several achievements on food security, have definitely helped policy-makers to draw a prompt response to exacerbate the Coronavirus panic, and dismiss spurious information around it.

The ambassador further said, Morocco’s public health sector might not be as sophisticated as Japan’s for instance, however, this safety-preparedness approach is not only a winning strategy, but it is also unprecedented for the majority of MENA countries, and even for some European countries.

“Despite the fragile economic situation Morocco faced before the pandemic, the actions taken by the Government and all the other institutions show it is among the first countries globally to sacrifice its own economic welfare to prevent this virus from spreading,”. “This move, in turn, has inspired Moroccans to trust the Government’s measures and help one another in this time of crisis.

“The Coronavirus situation shows the societal benefits of cohesion and solidarity with one another and shows how it is important to consider the positives of this difficult period, rather than just the negatives.”