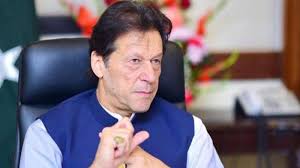 A delegation of MQM-P led by its Convener Khalid Maqbool Siddiqui would call upon the prime minister at the PM House.

According to sources, the MQM-P would express its gratitude to the prime minister for allocating funds for Karachi, Hyderabad, and Mirpurkhas in the federal budget.
They will also convey their recommendations on the Hyderabad university project, Green Line bus project, K-IV bulk water supply, and other projects to the prime minister.

The MQM-P will also raise the issue of a recent hike in electricity and gas bills along with unannounced load shedding and governance-related matters with the Prime Minister Imran Khan, they said.

The party would also raise the matter of opening of its offices, the safe return of their missing and jailed activists, and other political-related issues.

They will also discuss matters pertaining to the empowerment of local bodies’ representatives in urban centers including mayors of Karachi and Hyderabad and provision of adequate funds to them.

A delegation of the BAP comprising of Zubaida Jalal, Mir Khalid Magsi, Sardar Israr Tareen, and others would meet the prime minister.

The delegation would discuss matters relating to the passage of federal budget and issues faced by the Balochistan province.

They would later participate in the reception held by the premier in the honour of his coalition partners in the federal government.