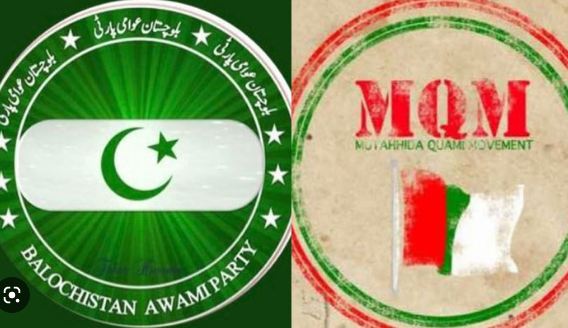 ISLAMABAD: The political climate of Pakistan appears to be taking a surprise turn after the MQM threat that it would part ways with the government if its demands were not met. The MQM is already enjoying a huge pie in the government despite the fact that its numerical strength is quite low. The party perhaps feels dejected ever since the name of its nominee for the slot of Sindh government was overturned by the Federal government. The incumbent governor Sindh Kamran Tesuri albeit belongs to the MQM, his nomination came from somewhere else.As the election season is drawing near the process of political wheeling-dealing and formation of new alliances has kick started. As a surprise move, the Sindh governor has incurred upon himself the task of re-uniting various factions of the MQM with a view to contesting the upcoming elections as a unified force. Ostensibly there are some forces who want them to unite and thus be in a position to pose a serious challenge to the PTI and PPP in Sindh. A united MQM may improve its positions in Sindh however it is not possible that it would be able to cause any serious dent to PTI popularity. Prima facie, MQM is being reunited only to contain PTI in Sindh. According to political analysts, even a united MQM may not be a threat for PTI provided elections are held in a free and transparent manner. Another purpose of MQM re-unification may be to bring the federal government under pressure and at any stage when it refuses to hold early elections or wants to prolong its tenure the MQM may be asked to pull out. In this case the federal government will collapse. Another interesting political development is seen in Balochistan where the members of the Balochistan Awami Party (BAP) have been made to leave BAP and join the PPP. It means if BAP is diluted, the PML N government may land in trouble albeit another coalition partner PPP will get strengthened after it gets sympathies of BAP parliamentarians. It is possible that the powers-that-be want to make PPP strong for it is easy to manage this party as compared with the PML N. In the given scenario if the PML N refused to pave way for the early elections when the powers-that-be desire so, then these allied parties may be asked to pull out of the government just like they did when they were part of the PTI government and after their departure the Imran Khan regime could not remain in power. The ruling elite, political, non-political forces all are on the same page when it comes to holding of general elections at the same time. Probably that is the reason the Punjab government dissolution was hindered and the PTI was asked not to dissolve the KP assembly as well. The PTI leadership too wants to have elections at the same time. Efforts are on to find a way out. The PML N supremo and former Prime Minister Nawaz Sharif has asked his party men to get ready for the elections however Shehbaz Sharif camp still believes they should complete tenure.