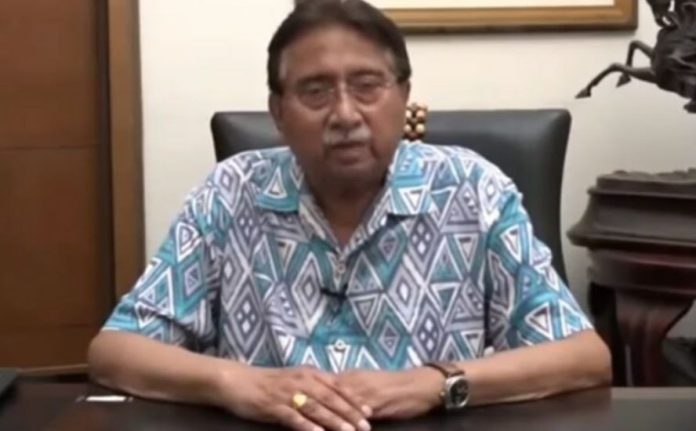 Former president Pervez Musharraf’s family on Friday clarified that he was not on ventilator but has been hospitalised for the last three weeks. “He is not on the ventilator. Has been hospitalised for the last 3 weeks due to a complication of his ailment (amyloidosis),” the family’s statement via Musharraf’s official Twitter account stated. “Going through a difficult stage where recovery is not possible and organs are malfunctioning. Pray for ease in his daily living.” The family issued the statement after false news of his demise started circulating on social media after some Pakistani and Indian publications carried it.

All Pakistan Muslim League (APML) spokesperson Amaan Khan Tareen also rubbished the false reports of his demise, when contacted by Dawn.com, saying it was “fake news”.

The retired general’s illness came to light in 2018 when APML announced that he was suffering from the rare disease amyloidosis.

The party’s Overseas President Afzaal Siddiqui had said that Musharraf’s condition had “weakened his nervous system”. At the time he was being treated in London.

On December 17, 2019, a special court handed Musharraf death sentence in the high treason case against him.

The former military ruler left the country in March 2016 for Dubai to seek medical treatment and hasn’t returned to Pakistan since.