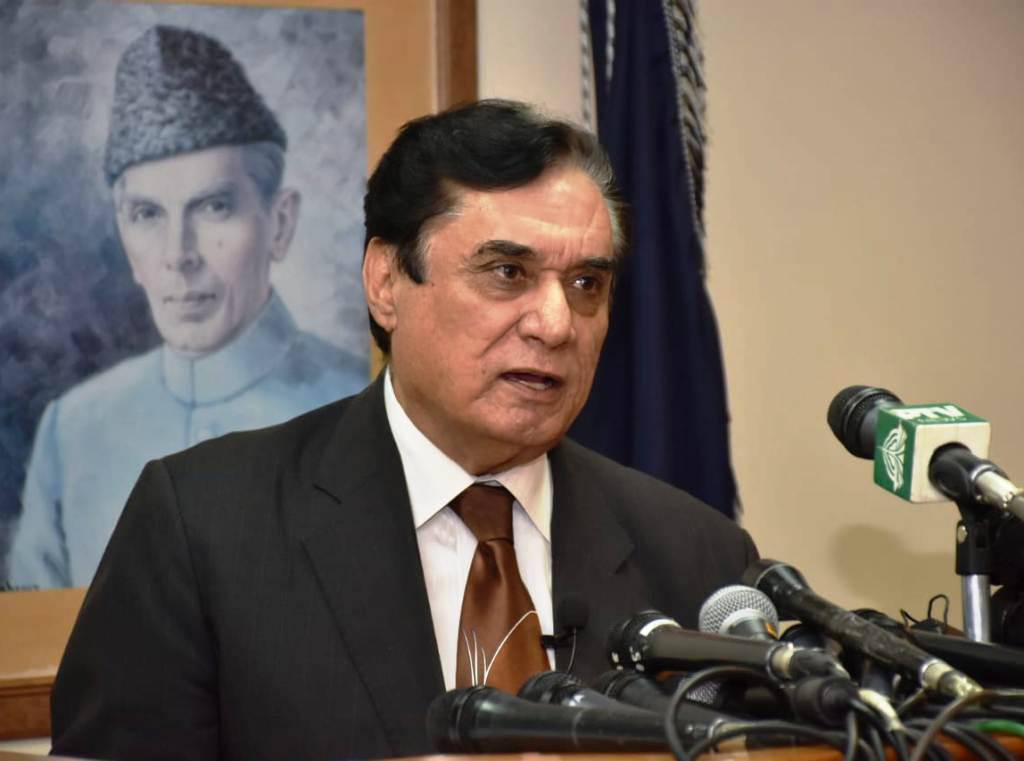 Islamabad:- March 24, 2022 Honourable Mr. Justice Javed Iqbal Chairman NAB has said that eradication of corruption is voice of the whole nation. NAB is the focal organisation of United Nations Convention against Corruption as well as Chairman of SAARC Anti Corruption Forum.

He said that the perpetrator of corruption misuses his official position and uses his position for personal gain.This includes bribery , financial corruption, money laundering and cheating public at large. He said that corruption is not only the root of all evils but it also adversely affects the economy and country’s living standards.

He said for sustainable socio-economic development and investment, corruption must be eradicated at all costs.

He said that corruption has become a challenge for the country, and added sustainable measures were taken in developed countries through which corruption is brought down to a minimum level.

They have built the infrastructure for this but in developing countries it is still in the process of formation.

He said money laundering, corruption, misuse of power, assets beyond known sources of income are major challenges in Pakistan.

The Father of the Nation Quaid-e-Azam Muhammad Ali Jinnah had warned the nation in the first session of the Constituent Assembly that “bribery and corruption is a curse and it is a poison for the nation and we have to deal with iron fist.”

He said NAB is pursuing a three-pronged strategy, which includes awareness, prevention and enforcement.

He said that along with enforcement, the bureau also focused on awareness and prevention besides devising a way to tackle corruption effectively in the society.

Under the awareness program in universities and colleges across the country, more than 50,000 character building associations have been set up to educate the younger generation about the ill effects of corruption.

NAB Chairman said that in order to make the future of Pakistan bright and radiant, it is very important to educate the youth on this issue and we have to make collective efforts to eradicate corruption.

He said that NAB is adopting the policy of “Accountability for All” and is using all its resources to eradicate corruption from Pakistan and was fully committed to rid Pakistan of corruption.