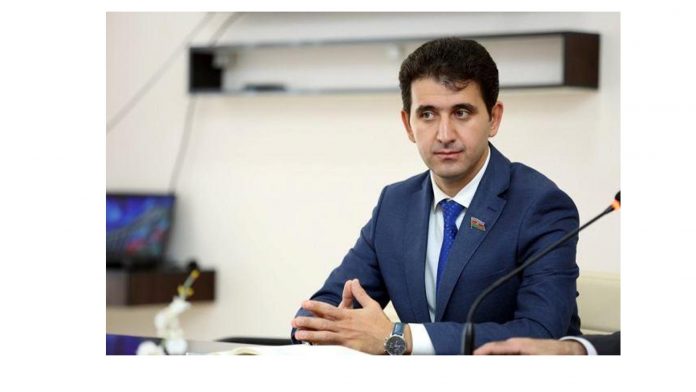 BAKU (DNA) -Today, the Armed Forces of Azerbaijan are the strongest army in the South Caucasus, equipped with modern military equipment.

The Azerbaijani army, which dealt a strong blow to the enemy during the four days of the April 2016 battles, destroyed him and immediately prevented the Armenians from trying to violate our state border in July 2020, is always able to ensure the territorial integrity of our country.

This was stated by the deputy Nagif Khamzaev. The MP noted that in the battles of April 2016, in July 2020, both the occupying government of Armenia and the international community saw what our glorious Army is capable of.

The Armenian aggressor government, which did not abandon its aggressive nature, once again resorted to large-scale provocations to hide the deplorable situation in the country, an incomplete government that plunged people into poverty from the world community, to confuse people with war. He fired intensively from artillery installations of various calibers, our brave soldiers, vigilantly guarding the Motherland, immediately responded to the Armenians.

This provocation is not the first monstrous act committed by the Armenians. Since 1990, the Armenians have received hundreds of civilians, violating the territorial integrity of Azerbaijan. The latest provocation of the Armenian occupiers was already exhausting.

The proper prevention of another military provocation by the occupying armed forces of Armenia, as well as the liberation of a number of occupied territories and strategic heights, once again confirmed that Azerbaijan is successfully moving in the right direction.

As our President, Supreme Commander-in-Chief Ilham Aliyev said, who brought the principled position of our country to the attention of the international community from the highest tribune of the world, Azerbaijan will not accept the fact of occupation and our occupied lands will be liberated. Addressing the people on September 27, the head of state also categorically stated that Armenia is an aggressor state, and this occupation must and will end. We are on the right track. Our work is a matter of truth. We will win! Karabakh is ours, Karabakh is Azerbaijan!

The success of our Armed Forces in inflicting heavy losses on the enemy gives us every reason to say that in a short time the occupying Armenia will be completely defeated both in the military and in the international arena.

It’s time to say “Stop!” The terrorist government of Armenia, which has occupied the ancient lands of Azerbaijan for many years.